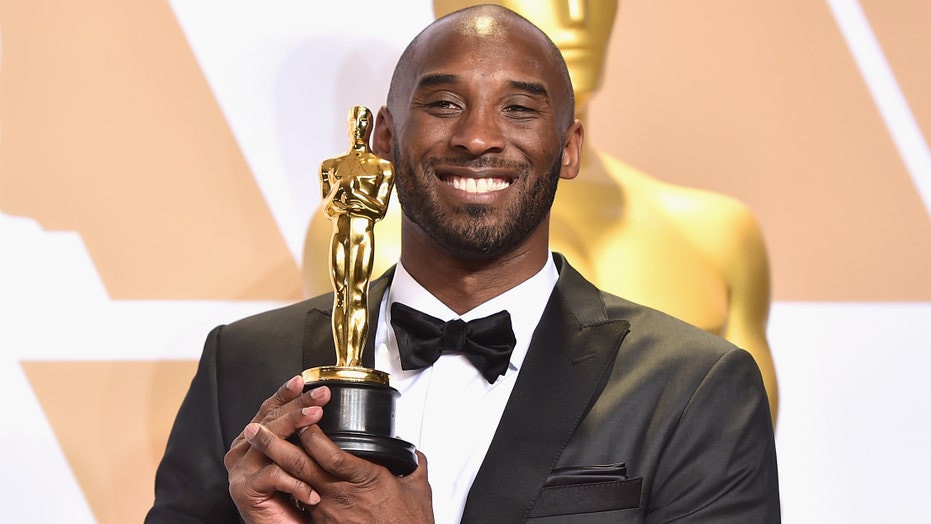 Kobe Bryant will be honored at the Academy Awards on Sunday, Feb. 9.

Bryant, who died tragically on Sunday, won an Oscar in 2018 for his animated short film "Dear Basketball," based on an essay the athlete wrote as he approached his retirement from the NBA in 2016.

At the time, Bryant tweeted his excitement and disbelief over his nomination, writing: “This is beyond the realm of imagination. Thanks to the genius of @GlenKeanePrd & John Williams for taking my poem to this level. It’s an honor to be on this team.”

While it's currently unclear whether Bryant will be honored during the annual "in memoriam" segment of the show or in a separate tribute, Deadline obtained a statement from the Academy confirming that he will be "acknowledged in the telecast."

Sunday's Grammy Awards, held at the Staples Center where Bryant played with the Los Angeles Lakers, also paid tribute to the iconic ballplayer.

“Here we are together on music’s biggest night celebrating the artists that do it best, but to be honest with you, we are all feeling crazy sadness right now,” host Alicia Keys said early in the program. “Los Angeles, America and the [world] lost a hero.”

Keys, 39, then was joined by R&B group Boyz II Men on stage, and they performed a rendition of “It's So Hard to Say Goodbye to Yesterday.”

Bryant was among nine people who were killed in a helicopter crash, including his 13-year-old daughter Gianna. He was 41 years old and is survived by his wife Vanessa and three daughters: Natalia, 17; Bianka, 3, and Capri, 7 months.