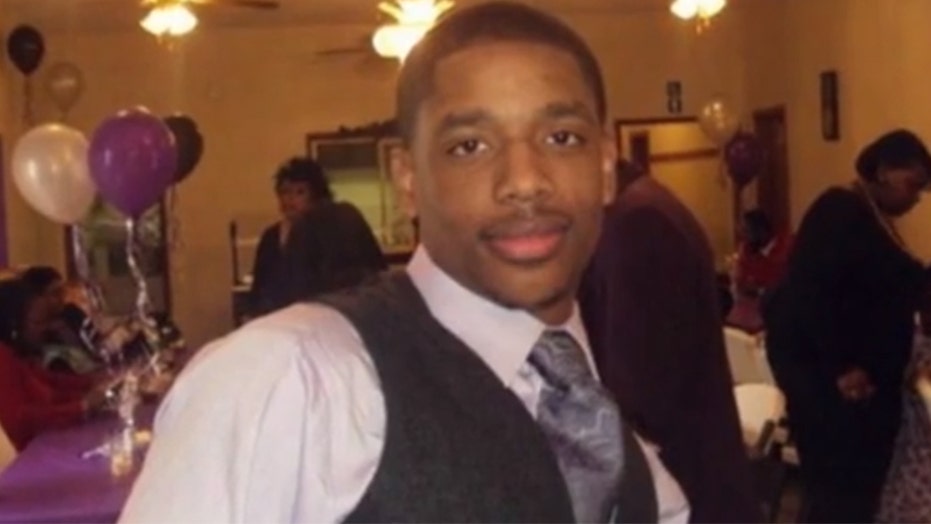 Fox News contributor Emily Compagno and Dr. Drew Pinsky are back with part two of their series on the growing homeless population in Los Angeles.

Charles Parker had big dreams of running a thriving poultry business in Georgia when he was shot to death and then thrown down a well.

Seven years after, the 25-year-old’s life and brutal demise are being explored on Oxygen’s true-crime docuseries titled “Killer Motive.” The series investigates how dark and twisted motives drive some to commit gruesome killings across the country, and highlights interviews with loved ones, as well as law enforcement.

Parker’s mother and brother both participated in the series in hopes they can shed light on the impressionable banker and “model child" who faced a horrific demise.

“We were raised and reared in the church, very active and involved in the church,” Patrick Parker told Fox News. “I think the church definitely provided a solid foundation for Charles… It was really a part of our makeup.”

Parker, who learned chicken farming could deliver big bucks, planned to launch a business named Parker Poultry Farms. The University of Georgia graduate, a budding entrepreneur, had lined up investors for his venture, the documentary revealed.

But in January 2012, Parker was supposed to inspect some property with his business partner, Victor Blockum. Parker never made it home. His wife Kenisha Parker immediately went to local police to file a missing-person report.

Authorities checked with Blockum, who claimed he and Parker did go on their business trip. He alleged Parker later dropped him off at home and everything appeared to be fine. However, Parker's wallet and gym bag were retried from various parts of town. Then an Athens-Clarke police officer found Parker’s car near the general area where his belongings were discovered.

Patrick said his family had long suspected Blockum was somehow involved with the disappearance. A day after Parker went missing, Blockum allegedly attempted to withdraw $500,000 from the business bank account.

“I called him,” Patrick recalled. “We all knew he and Charles were going to look at some land for poultry farms. And yet he said he didn’t see him, he hadn’t seen him since they went to check out some property. That was the last person my brother was with. I just knew in my gut Victor had something to do with it. To what extent I just didn’t know… And he wasn’t even around to try to find Charles, his missing business partner. Wouldn’t you want to try to find out what happened? But he wasn’t involved at all… I just felt in my heart that with time, we would learn the truth about Victor.”

In February 2012, Parker’s body was recovered from a well by some men in Oglethorpe County. The Athens Banner-Herald reported that an autopsy determined Parker was shot more than once and the condition of his body was consistent with him being in the well the entire time he was missing. Evidence collected in and around the well also led authorities to conclude he was shot at the location.

Blockum’s checkered past came back to haunt him during the investigation.

The outlet revealed that in 2011, a Madison County judge sentenced him to 15 years of probation after he pleaded guilty “to possession with intent to distribute cocaine and possession of tools for the commission of a crime.”

Three years earlier, in 2008, Blockum was arrested on an aggravated assault charge. While the charge was dropped after the victim recanted her story, he was still sentenced to 12 months probation on an obstruction charge.

According to the documentary, several people associated with Blockum were fearful of coming forward to police, believing he was a master voodoo practitioner who would cast deadly spells over them. Patrick scoffed at the claims.

“I don’t think they were really legitimate people who really had any bearing on the outcome of the case,” he explained. "I don’t think those people ever really contributed anything of substance to the case… Fearful of voodoo practices and all of that stuff was of no importance really.”

Prosecutors said Blockum pressed Parker to put him on the joint business account--a week after Parker agreed, he was dead. Just days after Parker went missing, Blockum attempted to access the account, but it was already frozen.

As part of a negotiated agreement with prosecutors, Blockum was sentenced to 20 years in prison without the possibility of parole.

Parker’s mother, Jacqueline Parker-Lawrence, told Fox News she’s relieved her son’s killer is finally behind bars — but there’s no such thing as closure.