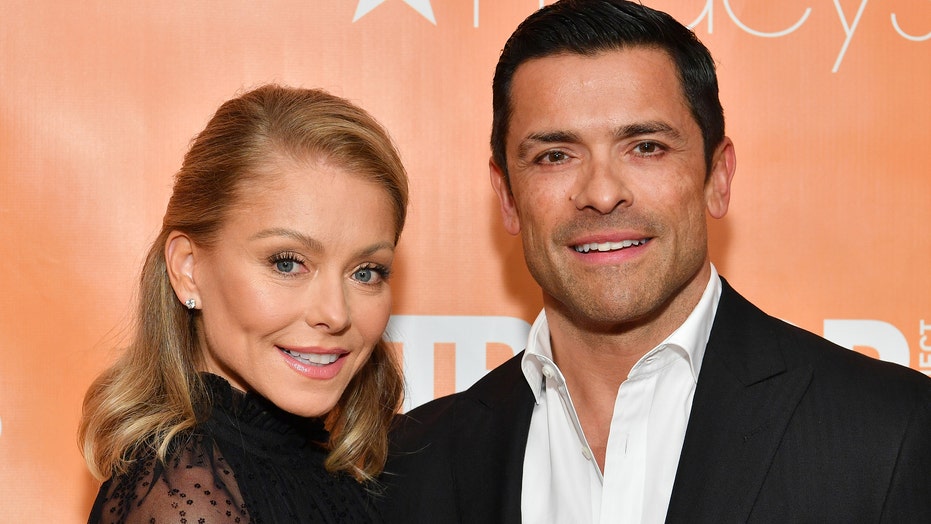 Kelly Ripa and Mark Consuelos already have a plan for their upcoming days as empty nesters.

The "Live with Kelly and Ryan" host spoke with People recently, revealing what will happen once Joaquin, the only child left at home, moves out of the house.

KELLY RIPA REVEALS SON JOAQUIN BROKE HIS NOST WRESTLING: 'YOU WIN SOME, YOU LOSE SOME'

“We’re going to be totally naked," she said. "At all times. We are going to change the locks. People are like, ‘Oh, you’re gonna miss the kids.’ I’m like, ‘I don’t know, I wanna experiment with it. See how that goes.'"

According to the outlet, Michael lives in Brooklyn and Lola is currently a freshman at New York University.

While she didn't offer any specifics, Ripa revealed that Joaquin is presently looking at potential colleges.

In the interview, the talk show host also dished on what makes her marriage to Consuelos so successful.

MICHAEL STRAHAN TALKS TENSION WITH FORMER CO-HOST KELLY RIPA: 'I DIDN'T KNOW I WAS SUPPOSED TO BE A SIDEKICK'

"We encourage each other," she explained. "I hate when people say this because it sounds so dumb, but we are best friends and we love each other and we like each other and we’ve got these beautiful, amazing kids and we feel very fortunate to have found, in this great big world with all these people, we’re just two kids."

She added: "He’s from Italy, I’m from South Jersey, what are the chances we would find each other?"

It was recently reported that Ripa's working relationship with her co-host Ryan Seacrest will become the subject of a new sitcom, "Work Wife."

While the series is centered on the overall dynamic between Ripa, 49, and Seacrest, 45, as it pertains to their careers as platonic working counterparts in television, the final product is said to take place in the high-octane world of real estate.

“Work Wife” will be produced by ABC studios in conjunction with Seacrest’s production arm, Ryan Seacrest Productions, and Ripa and Consuelos’ Milojo Productions – both of which are housed on the ABC Studios lot.