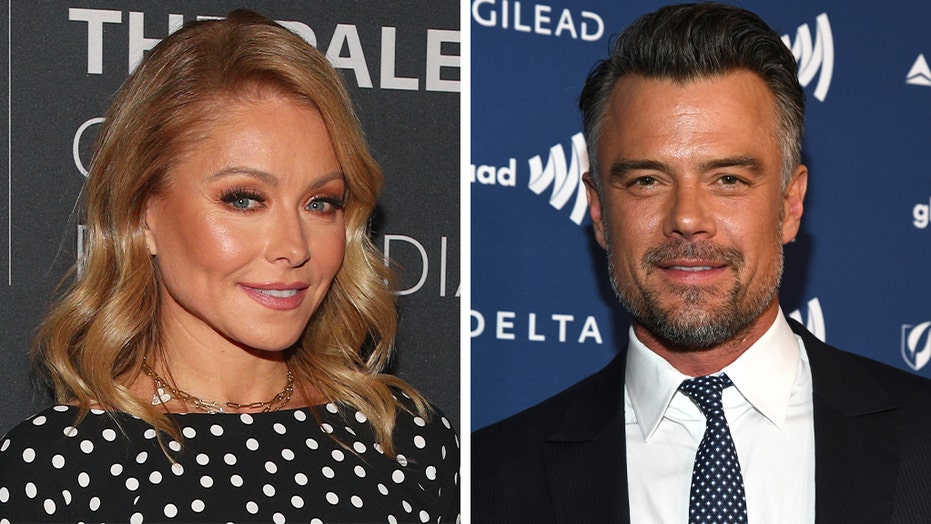 Kelly Ripa is looking back on her "All My Children" days.

On Monday's episode of "Live with Kelly and Ryan," the 49-year-old remembered working with Josh Duhamel on the soap opera.

"I'm going to tell you a story about Josh Duhamel," Ripa told viewers before she and co-host Ryan Seacrest introduced Duhamel on the talk show.

"This morning when we were setting up and he was doing his soundcheck, I had to grab [son] Michael and I said, 'I want you to see somebody,'" Ripa shared.

She continued: "When we both worked at 'All My Children' together, Josh -- there's a handful of people, that I would say, who were born to be parents that I've known in my life, Josh being one of them."

"He was like a young kid, he was in his very early 20s when we [she and husband Mark Consuelos] had Michael," Ripa added of Duhamel. "He would sit and play with Michael, who was a toddler, for hours, and Michael used to call him the Iron Giant."

Ripa noted that Michael, who is now 23, was at the time a big fan at the time of the 1999 animated movie.

"Josh, compared to his parents, looked like a giant. He was like, 'Who knew that adults came in this size!'" she recalled with a laugh. "He's used to looking down on adults, but Josh, he was like, 'You're the largest person I've ever seen.'"

Ripa said that Michael and Duhamel -- now 47 and a dad of his own to 6-year-old son Axl Jack, whom he shares with ex-wife Fergie -- reconnected on Monday.

"It was nice for them to reconnect this morning," Ripa, who also shares son Joaquin, 17, and daughter Lola, 18, with Consuelos, said.