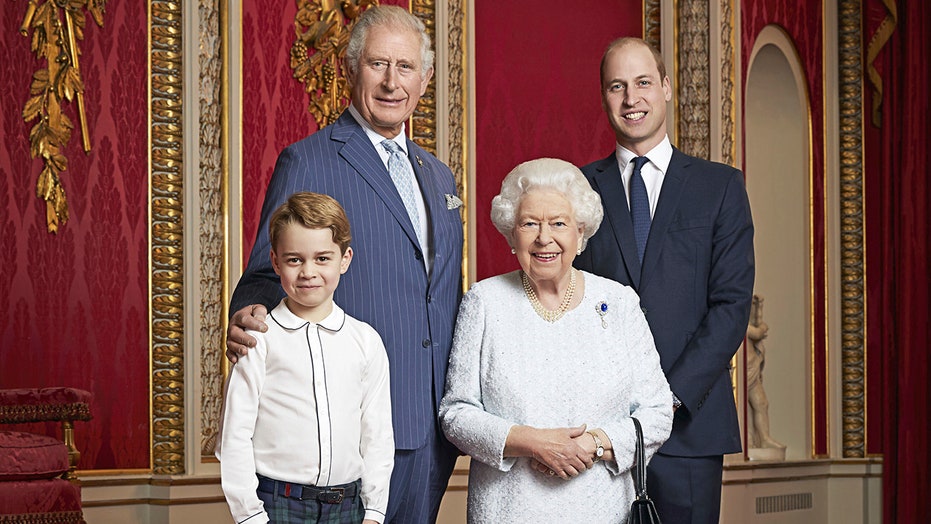 The royal family is ringing in the new decade with a rare portrait featuring Queen Elizabeth and three heirs.

The portrait, taken by Ranald Mackechnie and released on Friday, shows the British monarch along with Prince George, 6, Prince William, 37, and Prince Charles, 71, in the Throne Room of Buckingham Palace.

According to People magazine, it was taken just before the Queen's annual Christmas luncheon on Dec. 18.

A statement from the royal family's official social media accounts, which shared the image, read: "To mark the start of a new decade, a portrait has been released of Her Majesty The Queen and Their Royal Highnesses The Prince of Wales, The Duke of Cambridge and Prince George. The portrait was taken by Ranald Mackechnie in the Throne Room at Buckingham Palace."

This is the second time a portrait featuring the Queen and the next three in line to the throne has been published.

In this file handout photo provided by Buckingham Palace and released in 2016, Queen Elizabeth, Prince Charles, Prince William and Prince George pose for a photo to mark the Queen's 90th birthday, in the White Drawing Room at Buckingham Palace, London.  (Ranald Mackechnie/Buckingham Palace via AP)

The first portrait was released in April 2016. It marked the Queen's 90th birthday.