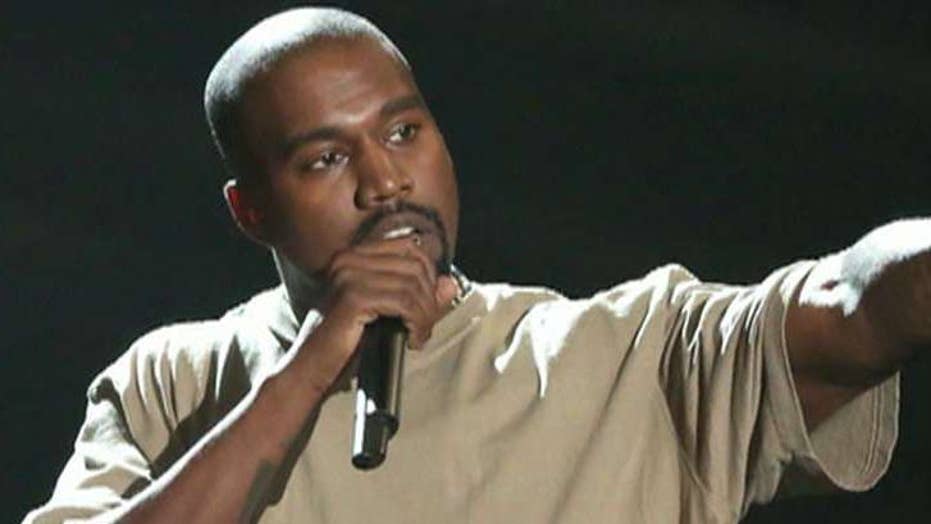 The "Jesus Walks" rapper's album, released Oct. 25, marks his ninth consecutive album to debut at No. 1, tying Enimen, and breaking a personal record with the biggest streaming week ever, at 196.9 million on-demand streams for the new gospel-inspired album, according to Billboard.

Receiving praise from Christian artists and evangelical leaders alike, the newly "born-again" believer wrote an anthem about family values and Chick-fil-A in "Closed on Sunday," rapped about his Christian conversion and hosting "Sunday Service" events in "God Is" and, in a turn from his previous albums, was criticized by mainstream reviewers.

But the husband of Kim Kardashian, who has praised President Trump and criticized the Democratic Party, hasn't shied away from talking about his faith on late-night TV or in interviews.

The new chart, where "Jesus Is King" is throned at No. 1, is set to be released Tuesday.

The album also boasts the second-largest sales week of the year for an R&B/Hip-Hop album, selling more than 100,000 copies, second only to Post Malone's album "Hollywood's Bleeding."

And the producer and fashion designer, who says he is no longer an entertainer and he plans to stop using vulgar words in his music, shows no signs of slowing down, telling Zane Lowe on Apple Music's Beats 1 that he plans to release a "Sunday Service album" called "Jesus Is Born" on Christmas Day.