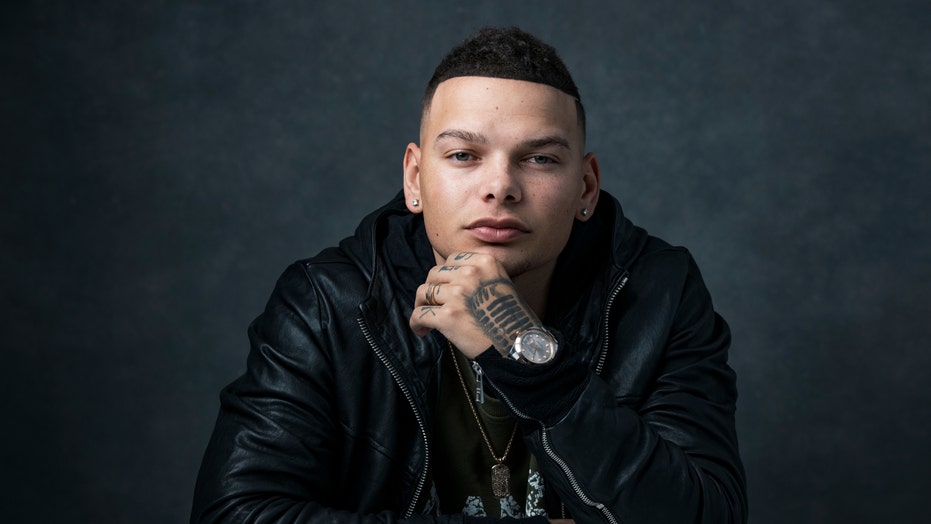 Country singer Kane Brown on 'Learning' to let it go

NEW YORK – Kane Brown and his wife Katelyn are expecting their first child in just a few months and the soon-to-be first-time dad is more excited than nervous.

The country music star told Fox News that he's just going to try his hardest to ensure his daughter will have a good, successful life.

"I don't think I'm nervous yet. I'm super excited," the 25-year-old singer admitted. "I didn't know my dad. I met my dad when I was 16 so I don't have a relationship with him so for me, I just want to be a good dad. Be the dad I never had to my daughter. I just want her to have a great life and be able to succeed in life."

COUNTRY STAR KANE BROWN: 'I NEVER THOUGHT I'D BE WHERE I'M AT TODAY'

Brown is currently on tour with Jason Aldean but his hectic work schedule doesn't get in the way of his relationship with Katelyn.

KANE BROWN RECALLS BEING CALLED THE N-WORD: ‘IT STARTED AFFECTING ME’

"She's my best friend. She likes the same things that I like. We hardly ever fight and when we do, we work through it," he revealed.

Katelyn is also with Brown "24/7" while he's on the road -- and was even right by his side when he was just getting started.

"We used to share a bunk together. And a bunk on a bus is small, like smaller than a twin size bed," he recalled. "We've always been close."

When the couple does have time to escape the tour bus, they prefer casual dates like going to the movies or out to dinner. And now the two are partnering with the socializing app, Bumble, on its newly launched "Country Couples for a Cause" campaign, giving fans a chance to win a once-in-a-lifetime double date experience.

The app will also be donating $25,000 to the Boys & Girls Clubs of America on the couple's behalf, which is an organization that really resonates with the singer.

"After school, these kids have someplace to go and are watched by an adult 'mentor' because their parents are still working," he said. "The kids can actually hang out and fit in and make friends and not go out and get in trouble.

"That really touched me and I related to all that because I didn't have anywhere to go after school. I would just be home by myself."