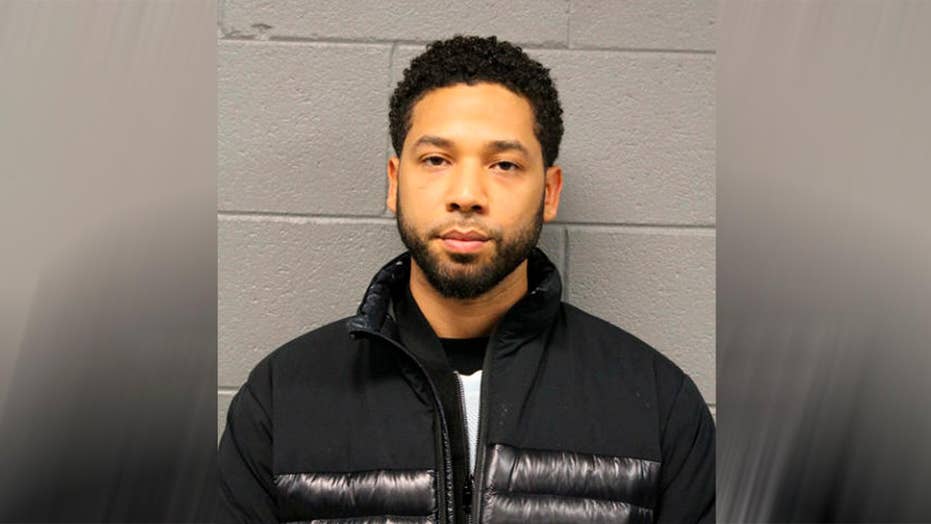 Judge Andrew Napolitano says if Jussie Smollett mailed the threatening letter to himself using the post office he could face postal fraud charges.

"Empire" star Jussie Smollett only resorted to staging a "bogus" attack on himself three weeks ago after the threatening letter he sent himself at his Chicago Fox studio two weeks before that didn't get him enough attention, Chicago cops said on Thursday.

JUSSIE SMOLLETT DIDN'T GIVE KAVANAUGH PRESUMPTION OF INNOCENCE, BUT ASKS FOR IT NOW

"If he mailed that threatening letter to himself by using the post office, he engaged in postal fraud. That's five to 10 years in jail — that's three times what he's facing for filing a false report if the feds want to go there," Fox News legal analyst Judge Andrew Napolitano said.

Smollett looked to gain attention from the letter and then the attack in order to get a bump up in pay, cops claimed.

Napolitano speculated that Smollett would plead not guilty and be released either on his own recognizance or with a small bond, before detailing the legal jeopardy he now faces.

"Each time he lied is a separate and distinct offense if the prosecutors want to frame it that way," Napolitano explained. "Filing the false report is an offense. Lying to them to back it up the first time he met with them is a second offense. Lying to them the second time he met with them — sometimes they merge those into one charge, but if they really want to get aggressive with him, they will file and get the grand jury to approve several charges against him, which expands his exposure in jail and gives police more negotiating latitude with his lawyers."

Chicago Police Superintendent Eddie Johnson said in a press conference, "I'm left hanging my head and asking why: Why would anyone, especially an African-American man, use the symbolism of a noose to make false accusations? How could someone look at the hatred and suffering associated with that symbol...how can an individual who has been embraced by the city of Chicago turn around and slap everyone in this city by making this false claim?"

Smollett turned himself into police Thursday morning on a separate felony charge of filing a false police report and disorderly conduct. He faces up to three years in prison on those charges.

Smollett, who is openly gay, had alleged that two masked men attacked him at 2 a.m. on Jan. 29 as he was walking home from a Subway restaurant in Chicago.

He claimed that the men shouted racial and anti-gay slurs at him, poured a substance on him, threw a rope around his neck and shouted, "This is MAGA country!"

After reviewing surveillance footage, two brothers were arrested and released without charges.

Police say the investigation shifted after they questioned the brothers. Authorities said Thursday that Smollett spoke to two brothers an hour before and an hour after he says they helped the actor stage last month's attack, for which Smollett allegedly paid them $3,500 by check.

In a statement to Fox News on Wednesday, Smollett's attorneys Todd Pugh and Victor Henderson said the actor "enjoys the presumption of innocence, particularly when there has been an investigation like this one where information, both true and false, has been repeatedly leaked."

Sasha Savitsky contributed to this report.