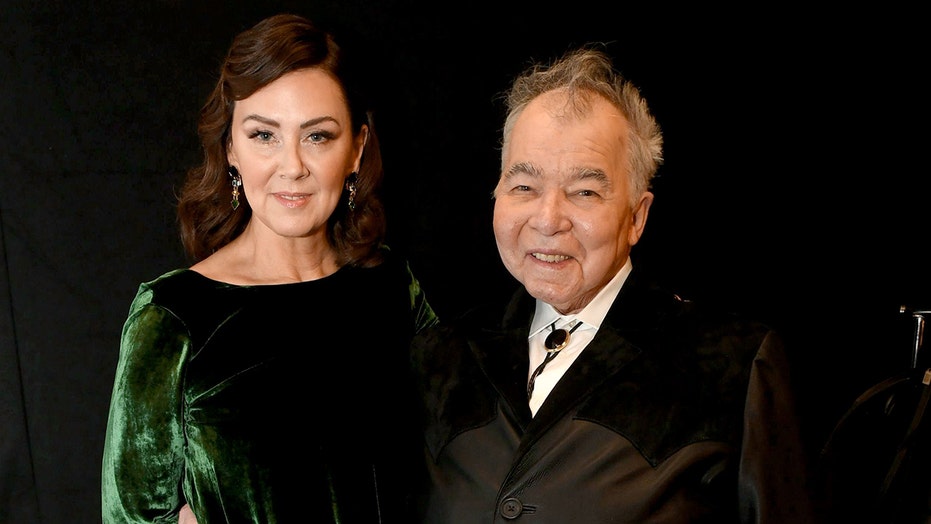 John Prine’s widow and manager, Fiona Whelan Prine, shared some candid thoughts about the final days of his life after he contracted the coronavirus in March.

Prine’s family announced his death at age 73 in April after a lengthy hospitalization that came after he and his wife contracted COVID-19 following a European tour. Since then, Whelan Prine and the rest of his family have been organizing a star-studded special titled “Picture Show: A Tribute to John Prine” meant to both honor the late singer and songwriter as well as raise money for charity.

"It's been difficult at times, but it's also been a great distraction," Whelan Prine told “CBS This Morning” about organizing the event, which can boast big names like Stephen Colbert, Bill Murray, Brandi Carlile, Kacey Musgraves, Jason Isbell, Bonnie Raitt and more.

Prine’s family announced in March that he had been hospitalized with the coronavirus and was in critical condition. Whelan Prine explained that he started to take a turn for the worst just as she was getting over the illness herself.

“The day, in fact, I came out of quarantine, John started displaying serious symptoms," she said. "I took him to the ER — I had to leave him at the door. That was one of the hardest things I've ever done. I have never not been with him through an illness."

Prine had previously fought cancer twice. Most recently, he was diagnosed with lung cancer in 2013 and had part of a lung removed. The surgeries affected his voice but Prine continued to make music and to tour. Before the onset of the virus, Prine had shows scheduled in May and a summer tour planned.

She said that she was finally able to visit him after she got a call on April 6, their wedding anniversary, urging her to come to say her goodbyes.

“I got to tell him everything I had ever wanted to tell him," she told the outlet.

She notes that, although she’s grateful she got to say goodbye to her husband, his three sons weren’t so lucky.

Fiona Whelan Prine detailed her final moments with late husband John Prine, who died due to the coronavirus in April. (Kevin Winter/Getty Images for The Recording Academy)

Despite still being immersed in her grief, Whelan Prine ended her interview on an optimistic note, suggesting that her late Grammy-winning husband left her with the tools to recover from tragedy.

“I have the resilience muscle which is a little exhausted right now. But I'm gonna be OK. John left me a lot — a lot of memories, music, cars," she said.

In addition to star-studded tributes to Prine during the June 11 show, Whelan Prine will debut an unreleased track from her late husband and noted that he was working on a new album shortly before he died that is expected to come out in the near future.