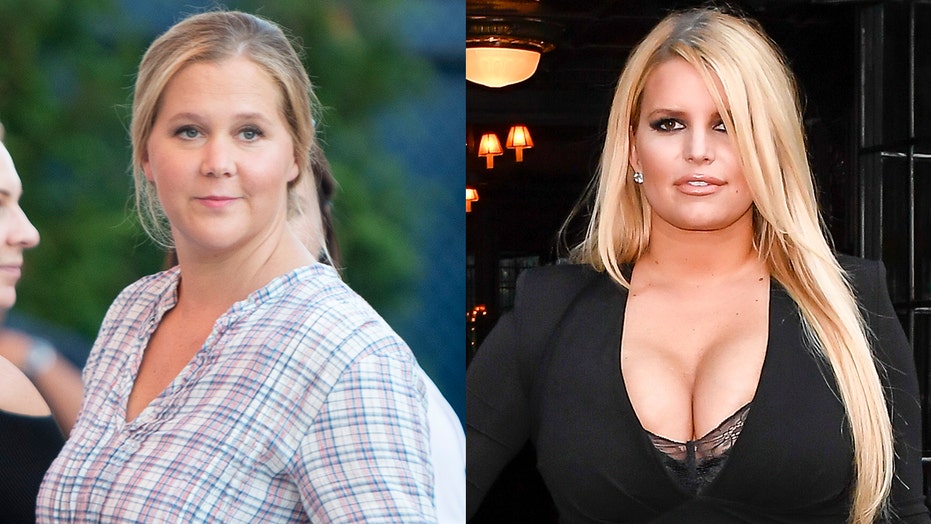 The comedian, 38, who gave birth to her first child with husband Chris Fischer in May, posted a photo of herself in a bathing suit on the beach with a snarky caption directed at the clothing line mogul.

JESSICA SIMPSON 'DIDN'T EXPECT TO GAIN AS MUCH' WITH THIRD PREGNANCY: 'GOD MADE ME, VERY HUNGRY AND PREGNANT'

Simpson took the funny jab in stride, commenting: “You’re hot. Size only matters when it comes to men.”

Simpson, 39, flaunted her 100-pound weight loss on Instagram last week after giving birth to her third child, 6-month-old daughter Birdie Mae, in May.

“6 months. 100 pounds down (Yes, I tipped the scales at 240). My first trip away from #BIRDIEMAE and emotional for many reasons, but so proud to feel like myself again," she captioned the image. "Even when it felt impossible, I chose to work harder. "

“The difference between this and the other times was that she worked out, yes, but her transformation was more about what she did on her own time,” he told People. “She was so motivated and positive. She was saying that her body has not belonged to her for the past decade. Not in a bad way, in a positive way — her body has been designated to create life and now it’s hers again and she’s going to make it fantastic in a really enjoyable way.”

Meanwhile, Schumer took a different approach with her postpartum selfies on social media. The comedian shared a handful of photos poking fun at the struggles that come with being a new mom.

Shortly after giving birth to son Gene Attell Fischer, Schumer posted an image of herself using the toilet in a hospital gown. After that, the new mom sported only a bra, sneakers and hospital underwear while on a hike with her baby.

“5 weeks. Hospital underwear for life!" she wrote, referring to the time since she gave birth. She also shared a picture of herself cuddling Gene in underwear and a striped shirt.

After the images caused a stir among her fans, Schumer responded with a sarcastic response and another image that showed off her C-section scar.

"I’m really sorry if I offended anyone with my hospital underwear. Except I’m just kidding," she wrote.