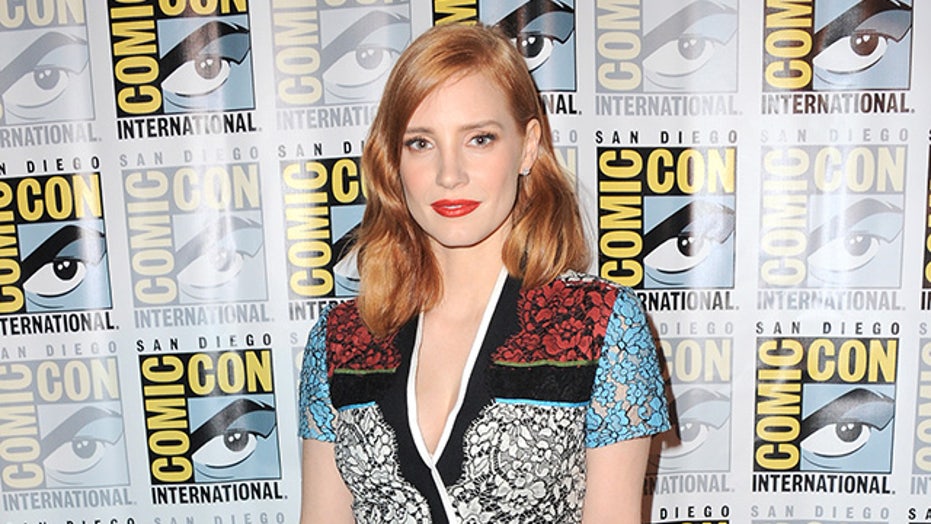 Jessica Chastain is in favor of New York City’s decision to remove a statue of former President Theodore Roosevelt from outside the Museum of Natural History.

The “It Chapter 2” actress shared an image on Instagram of herself giving a thumbs down gesture while posing across the street from the statue in Manhattan. In the image’s caption, she praised Mayor Bill de Blasio for agreeing to remove the statue, which depicts Roosevelt on a horse flanked by a Native American and an African man. The statue’s composition has been deemed controversial by many for its depiction of colonialism and racism.

“Out with the old... in with the BETTER,” the star captioned the image along with an excerpt from a story explaining the mayor’s decision.

The removal of the statue was proposed by the museum and agreed to by the City of New York, which owns the building and property.

JESSICA CHASTAIN: I'M 'BOTHERED' BY SOME NUDITY IN HOLLYWOOD

“Over the last few weeks, our museum community has been profoundly moved by the ever-widening movement for racial justice that has emerged after the killing of George Floyd,” the museum’s president, Ellen V. Futter, told the outlet. “We have watched as the attention of the world and the country has increasingly turned to statues as powerful and hurtful symbols of systemic racism.”

Futter made sure to note that the museum is removing the statue for its “hierarchical composition” and not because of Roosevelt himself, whom the museum notes was “a pioneering conservationist.”

The decision to remove the statue comes as protests around the country about racial inequality and police brutality sparked a renewed debate over whether or not to keep statues of Confederate and other problematic historical figures in public spaces. Across the country, protesters and activists are demanding that various statues be removed from public spaces.

Chastain isn’t the only star to comment on the statue’s removal. Ben Stiller suggested that a statue of his “Night at the Museum” co-star, the late Robin Williams, should replace the one of Roosevelt. Williams, who died by suicide in 2014, played a fictionalized version of Roosevelt in all three of the “Night at the Musem” movies.