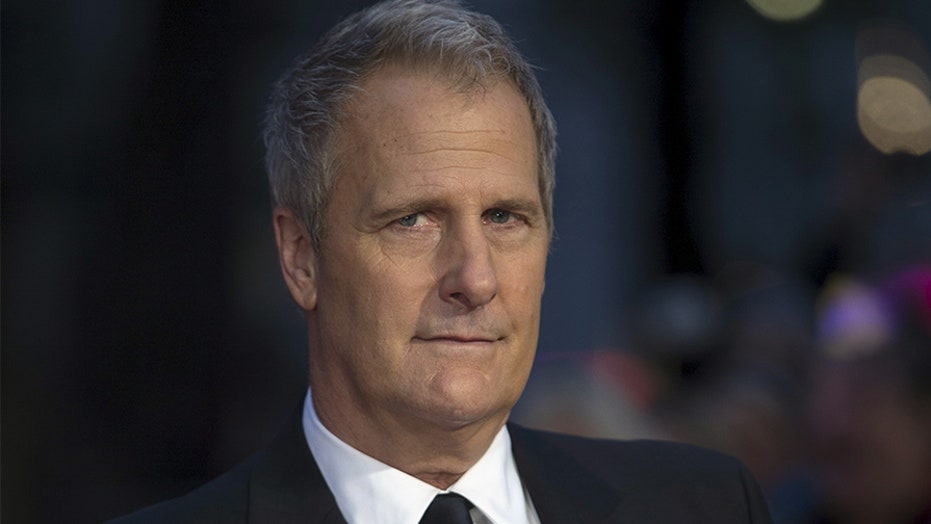 Jeff Daniels has been very critical of President Trump's administration — and the actor isn't exactly backing down as the country heads into an election year.

During an appearance on "The Late Show with Stephen Colbert," the Emmy winner explained how many themes in his Broadway play, "To Kill a Mockingbird," are just as relevant today as when Harper Lee first wrote the Pulitzer Prize-winning novel in 1960.

“It’s a mixed audience, but there’s a lot of… liberal white America sitting out there," he told Colbert. "This play is like a right hook to their chin. You watch the movie, you read the book, but you feel the play."

"When Tom Robinson gets sent to jail, he’s 100 percent innocent, and the only reason he’s going to jail is because he’s black, you see Tom Robinson chained up and walking across the stage on his way to the electric chair and it’s a long cross. You feel that and America needs to feel that stuff."

Daniels, 64, then touched upon the headlines over immigration and migrants at detention centers at the border.

“You tell me that you’re going to go to the voting booth and you’re going to go, ‘They shouldn’t have crossed the river.’ Now there are people out there who believe that. Go ahead. Vote for him. Do it,” he said referring to the picture of a dead migrant father and his daughter who both drowned while attempting to cross a river.

Daniels added that "America needs to do better" and shared his thoughts on the Democratic debates.

“This is the second debate out of 20?" he mused. "Jesus. You know, whittle it down, but we need somebody that can take this guy on, that can punch him in the face."

As for running for office himself, the "Newsroom" star said he's not interested at all. "I don't know enough," he insisted. "You gotta know too much. I know what I want. I know what I don't want. I think it should be left to people who know how government runs and who can get things done in the political system."