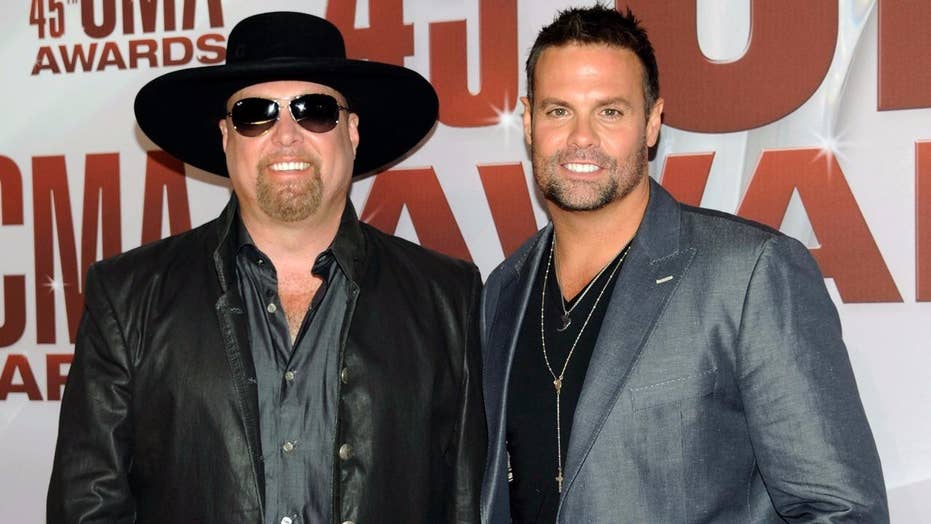 Fox411: The pilot of a helicopter carrying country music singer Troy Gentry reported the aircraft was experiencing mechanical problems shortly before it crashed in New Jersey, killing the two men

The pilot of a helicopter carrying country music singer Troy Gentry reported the aircraft was experiencing mechanical problems shortly before it crashed in New Jersey, killing the two men, according to authorities.

Radio communication between emergency responders show the pilot was planning to make an emergency landing and was hovering in the air while waiting for the fire department to arrive. But the responders note seconds later the helicopter had crashed just south of the airport.

The fatal helicopter ride turned out to be a "spur of the moment" trip for Gentry who is best known as part of the country music duo Montgomery Gentry.

The 50-year-old died after the helicopter crashed in New Jersey. He was scheduled to perform alongside Eddie Montgomery at the Flying W Airport and Resort in Medford Friday evening. The show was immediately cancelled.

Brian Rayner, senior air safety investigator with the National Transportation Safety Board, told People Magazine Monday Gentry’s helicopter ride in a Schweizer 269 Charlie I aircraft is being preliminary described as “impromptu, spur of the moment.”

“[It was a] ‘Would you like to go for a helicopter ride?’” described Rayner. “Not long after takeoff, the pilot announced over the airport frequency — which was being monitored by a number of people — that he was having difficulty controlling engine RPM. A couple of different responses to that challenge were discussed, and he was performing an auto rotational descent to runway one. The helicopter landed short of the runway in low brush, it was substantially damaged and the occupants were fatally injured.”

Medford Township Police Chief Richard Meder told NJ.com Friday authorities got a call about a helicopter “that was distressed” around 1 p.m EST.

Pilot James Evan Robinson was pronounced dead at the scene. Gentry was taken to nearby Virtua Hospital where he passed away from his injuries.

Rayner added a preliminary report with full details of the crash will be released to the public early next week.

Gentry was born on April 5, 1967, in Lexington, Kentucky, where he met his bandmate and formed a group based off their last names. The duo had success on the country charts, scoring five No. 1 hits. The band was inducted into the Grand Ole Opry in 2008.

The duo is best known for their singles “My Town,” “Daddy Won’t Sell The Farm” and “Gone.”

Gentry leaves behind a wife and two daughters.