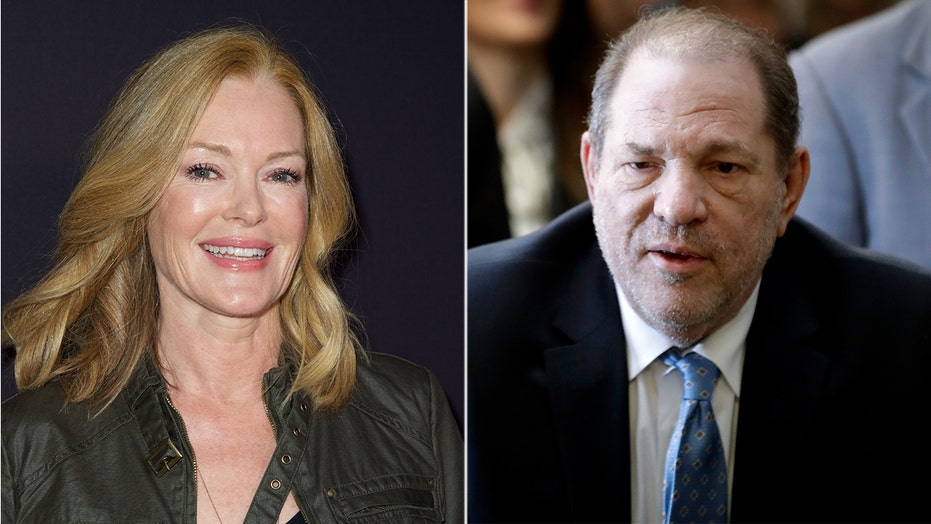 Caitlin Dulany, who previously accused Harvey Weinstein of sexually assaulting her, says the sentencing of the disgraced movie mogul is a big victory.

“With today’s sentencing of Harvey Weinstein to 23 years in prison, I am overwhelmed with gratitude to all the women who spoke out,” the actress told Fox News exclusively on Wednesday. “Harvey is going to jail for a very long time. And as I and so many continue to heal from the damage that has been done to our lives by this man, I can now celebrate a truly historic victory.”

“I have renewed faith that more women will come forward with their stories of assault, that they will be believed and that their abusers will be punished,” the 52-year-old continued. “I am certain that moving forward, the world will be a safer place for survivors of sexual assault and for future generations.”

Dulany accused Weinstein, now 67, of sexually assaulting her in a room at the Hotel du Cap in Cannes, France, in 1996, The New York Times reported.

Weinstein was sentenced in New York City on Wednesday to 23 years in prison for third-degree rape and a criminal sex act as he maintained he simply had consensual “extramarital affairs” with the victims.

At the time of his guilty verdict, Dulany told Fox News that the news was a long time coming.

“I have a renewed sense of justice and faith that we as a society can change and we can right the wrongs of the past,” she said. “This is the reckoning for Harvey Weinstein that I hoped it would be and as it should be. This is a man who seemed impervious to the law for so many years and hid behind his social and economic status."

In Feb. 2020, Harvey Weinstein was convicted of rape and sexual assault against two women and was immediately handcuffed and led off to jail, sealing his dizzying fall from powerful Hollywood studio boss to archvillain of the #MeToo movement. (AP Photo/Seth Wenig)

Dulany said it was “a day of victory” for the women who suffered at the hands of the once-feared producer.

“[It] is a day of victory for all the women who have been brave enough to go on record about their assaults by Harvey Weinstein and I am particularly grateful to the brave women who testified in this case,” she shared. “These were the worst moments of all of our lives and for them to relive the trauma, the shame and the fear that accompanied their assaults and the aftermath takes courage and determination.”

“It was their testimony that put Harvey Weinstein behind bars and I am forever grateful and in awe of their courage and moral fortitude,” Dulany added.

“I am devastated by what the women who took the stand were put through,” she said. “This has to change. The absolute character assassination of women who come forward, the way victims of assault are painted as liars, their morality challenged and their choices attacked — this has to stop.”

HARVEY WEINSTEIN MAY HAVE SUFFERED CONCUSSION WHILE JAILED ON RIKERS ISLAND: REPORT

“Assault is a violent act and women have no choice when they are assaulted and they always have the right to say no, no matter the circumstances,” Dulany continued. “And with this trial, once again, the emotional and psychological cost of the abuser's wrongs were borne by the women, by the victims. We have to do better as a society and I, and we, the silence breakers, won’t rest until we do.”

Dulany also pointed out that Weinstein’s downfall in Hollywood is far from over.

“I can tell you this, as this case moves to Los Angeles, we won’t stop fighting for justice for all of the women that were harmed by Harvey Weinstein and for all survivors,” she said. “I’m proud of our community of survivors who have fought this battle in New York with so much bravery and determination and the fight will continue in LA. We are brace, we are determined and we are silent no longer.”

Dozens of women have come forward with claims against Weinstein.

More than 80 women have accused Weinstein of inappropriate to criminal behavior, from intimidating sexual advances to rape over the years. Weinstein has denied the accusations.

Weinstein was finally arrested and led away in handcuffs in May 2018, seven months after The New York Times and The New Yorker exposed his alleged misconduct in stories that would win the Pulitzer Prize.

Weinstein, the product of a working-class family from Queens, achieved success at two movie studios he created with his brother Bob: Miramax — named for their parents, Miriam and Max — and then the Weinstein Co.

NANCY GRACE SHARES DISTURBING DETAILS FROM WEINSTEIN ACCUSER: 'WHEN YOU HEAR THIS, YOU WILL CRINGE'

Fox News’ Marta Dhanis and the Associated Press contributed to this report.