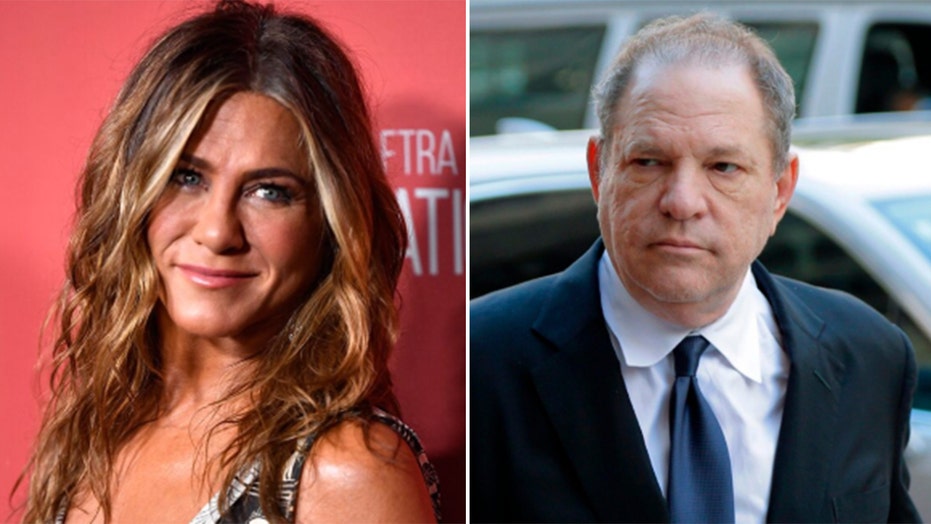 Harvey Weinstein once said Jennifer Aniston should be killed, according to unsealed court documents viewed by media outlets this week.

The disgraced Hollywood mogul made the shocking statement about Aniston in an email to a reporter seeking comment about allegations he groped the "Morning Show" actress.

"Jen Aniston should be killed," Weinstein responded to a reporter in 2017, according to Variety.

Variety claimed the damaging email was just one of around 1,000 court documents unsealed ahead of the convicted rapist's sentencing on Wednesday.

A rep for Aniston confirmed to Fox News the "allegations that Harvey harassed or assaulted Jennifer are false."

On Feb. 24, Weinstein was found guilty of third-degree rape of Jessica Mann, an aspiring actress, in a New York City hotel room in 2013. He was also found guilty of a criminal sex act for assaulting production assistant Mimi Haleyi at his apartment in 2006. The charges carry a maximum penalty of 29 years in prison.

Harvey Weinstein is set to be sentenced Wednesday in his Manhattan rape case. (AP Photo/Richard Drew)

The jury of seven men and five women deliberated for five days before handing down the verdict. The disgraced film producer was acquitted on the most serious charges, two counts of predatory sexual assault.

Days prior to Wednesday's sentencing, attorneys for the convicted rapist begged a New York City judge for leniency citing numerous health ailments that the 67-year-old faces and pointing to past charitable donations he made while he was a powerful media executive in Hollywood.