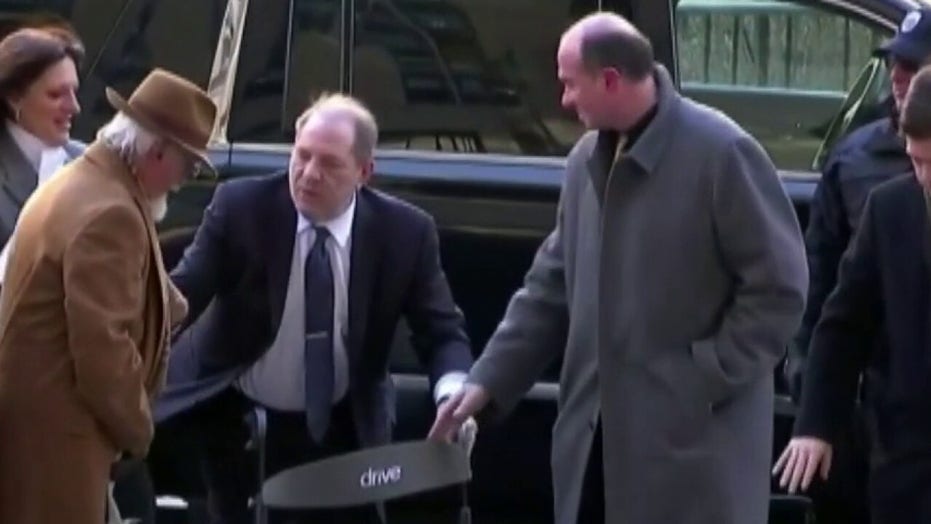 Harvey Weinstein is facing up to 29 years in prison after being convicted on two out of five charges in his New York sexual assault case.

Attorneys for convicted rapist Harvey Weinstein begged a New York City judge for leniency citing numerous health ailments that the 67-year-old faces and pointing to past charitable donations he made while he was a powerful media executive in Hollywood.

Weinstein is facing a minimum of five years in prison and a maximum of 25 years after he was found guilty of a criminal sex act for forcibly performing oral sex on a woman in 2006. He was also convicted of third-degree rape for a 2013 attack on another woman, which carries a maximum penalty of four years in prison. Sentencing is set for Wednesday, and the judge could have the sentences run concurrently.

Weinstein's defense team wrote in court papers that the disgraced movie mogul suffered a “historic” fall from grace as a result of the monumental #MeToo case that catalyzed the movement against sexual predators in mainstream industries such as film, media and music.

They asked the judge to consider a sentence of only five years, far short of the potential 29-year maximum term allowed by law.

Attorneys also said Weinstein suffers from heart problems, ramifications of unsuccessful back surgery stemming from a car crash last summer and a condition that requires shots in his eyes so he does not go blind.

After his conviction in February, Weinstein was ordered remanded into custody at Rikers Island jail but instead was immediately rushed to Bellevue Hospital in an ambulance after experiencing heart palpitations and high blood pressure.

He underwent a heart procedure before he was moved to the North Infirmary Command at Rikers, where he will await sentencing on March 11.