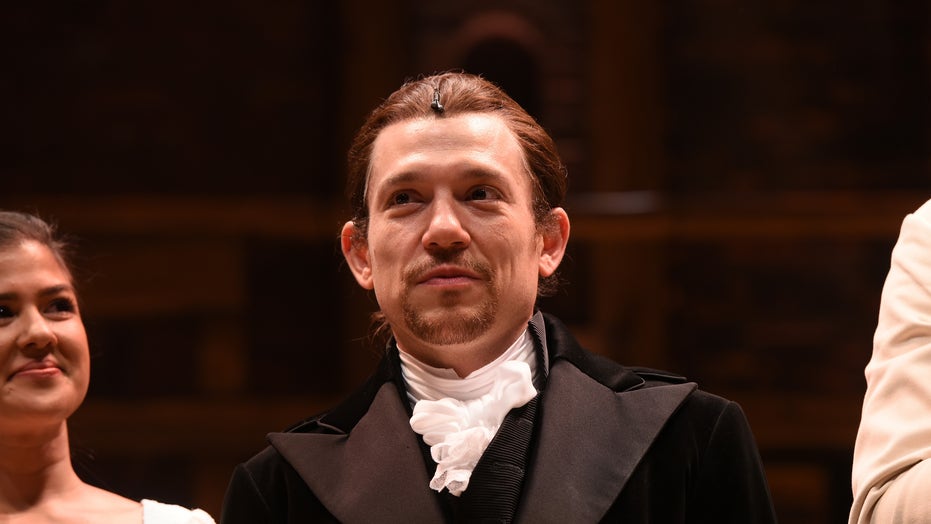 Nearly a week after the wife of “Hamilton” star Miguel Cervantes announced on Twitter the heartbreaking death of their 3-year-old daughter Adelaide, who reportedly suffered from a severe form of childhood epilepsy, Kelly Cervantes is sharing with the world just how devastating the loss has been for her.

“I’m giving myself a pass this week and acknowledging that there is nothing I can say on this page that is going to make any of this better,” Kelly Cervantes wrote on her blog Friday ahead of Adelaide’s celebration of life on Sunday. “I know in time I may feel a sense of conflicting relief but right now its just a gaping hole of grief. No amount of flowers, food, alcohol or words can fill it and to be entirely honest, right now I don’t want them to.”

GRANGER SMITH REVEALS SON, 3, HAS DIED AFTER A 'TRAGIC ACCIDENT': 'HIS LIGHT WILL FOREVER BE IN OUR HEARTS'


In the emotional post titled “The dark,” Kelly Cervantes reflected on the condolences she and her husband have received in the days since Adelaide’s death. She noted that over the course of the past year she used her blog as a medium for therapeutically expressing herself, but that she doesn’t have it in her right now to say anything that can be of any substance.

“There are no words now, nor will there ever be,” Kelly Cervantes wrote. “I’ve been spending a lot of time in Adelaide’s room these last few days. It’s small and contained and there is nowhere in the world that I feel closer to her. I don’t do much other than lay in her bed, think of her and work through a Costco pallet’s worth of Kleenex.”

Miguel Cervantes shared his wife’s announcement of their daughter's death to his Instagram on Sunday, along with a photo of Adelaide’s room.

“The machines are off. Her bed is empty. The quiet is deafening,” Miguel wrote. “Adelaide left us early Saturday. She went peacefully in her mother's arms, surrounded by love. Finally, she is free from pain + seizures but leaves our hearts shattered. We love you so much Adelaideybug and forever after 💔💜”

Kelly Cervantes also shared a touching tribute to their daughter on Thursday when Adelaide would have turned four.

"Four years ago today you came barreling into this world," she captioned the image of her husband kissing their newborn daughter. "Five days ago you left it. We love you so much, Adelaideybug. I hope you’re eating alllll the cake. Happy birthday ❤️🐞💜"

People magazine reported that Adelaide had her first seizure at about 7 months old and was eventually diagnosed with infantile spasms (IS), a seizure disorder in babies.