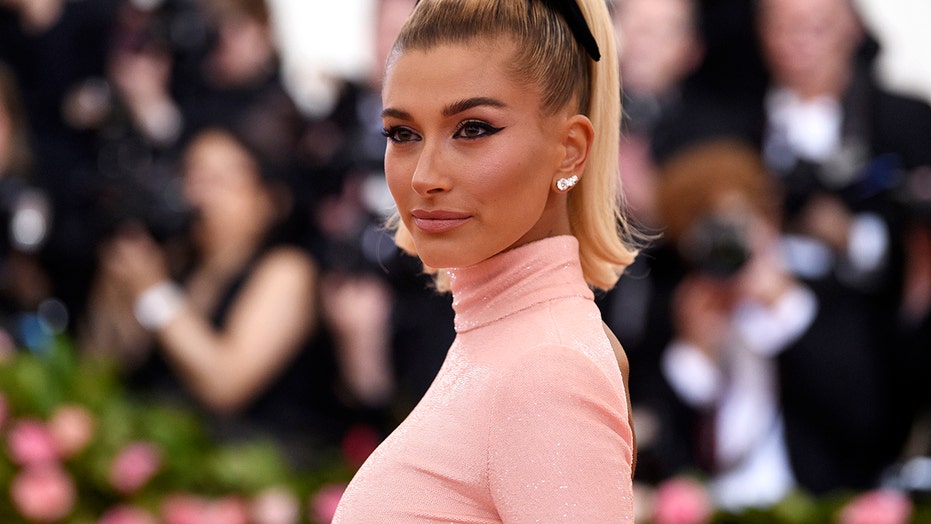 The 22-year-old model shared a translated verse about togetherness and getting along Monday night after a video she recorded with Bieber caught severe heat on social media.

“How wonderful, how beautiful, when brothers and sisters get along!” the quote read. “It’s like costly anointing oil flowing down head and beard, Flowing down Aaron’s beard, flowing down the collar of his priestly robes. It’s like the dew on Mount Hermon flowing down the slopes of Zion. Yes, that’s where God commands the blessing, ordains eternal life. Psalm 133:1-3.”

According to Us Weekly, the line is from Eugene H. Peterson’s 2002 book “The Message: The Bible in Contemporary Language.”

Many believe the quote is an attempt from Baldwin to smooth things over after she and Bieber made a parody video of a clip Swift’s mother sent to “The Tonight Show with Jimmy Fallon.” The clip depicts the Grammy-winner crying over a banana while high on medication after undergoing LASIK eye surgery.

Baldwin filmed as Bieber recreated the viral moment for his Instagram Live. The move clearly rubbed Swift fans the wrong way as their jabs eventually prompted a response from Baldwin.

In a series of since-deleted tweets, Baldwin addressed the backlash directly.

“I never knew I could make somebody so upset. Truly I’m so sorry you’re THIS upset?!” she said (via People). “Lord have mercy I hope I’m never this upset about someone I don’t know!!”

“Listen. I think it’s awesome how passionate you are and how hard you ride for someone you’re a fan of, it’s beautiful how dedicated you are,” Baldwin continued. “If there’s something I did to personally hurt you or offend you I’m sorry, it’s not my intention to upset you by any means but being angry at someone you don’t know does nothing for you. I know cause I been there.. all it’s gonna do is make you miserable. Don’t let ME of all people get you feeling that way. Trust me, I’m not worth the energy, nobody should be worth that energy.”

Bieber and Baldwin tied the knot for a second time in a ceremony on Sept. 30 in South Carolina. The couple, who secretly married at a New York City courthouse in September 2018, wanted a second, more religious ceremony that included friends and family. People reported that the new wedding took place at Montage Palmetto Bluff in Bluffton.

According to the outlet, citing a source, the pair exchanged vows at Somerset Chapel in front of 154 guests.