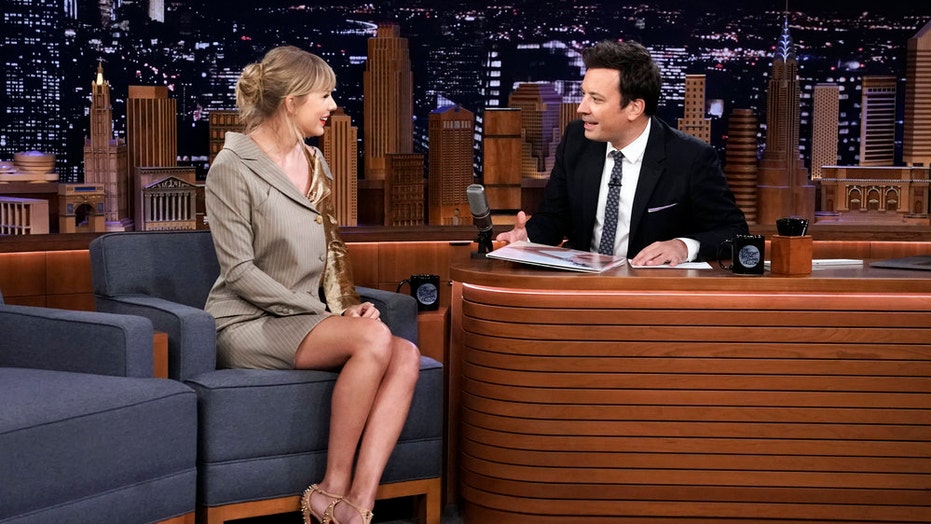 Taylor Swift was caught off guard during an appearance on "The Tonight Show with Jimmy Fallon" Thursday night.

The Grammy-winner, 29, was chatting with host Jimmy Fallon when he revealed her mother, Andrea Swift, had sent him a secret video of the singer recovering from her recent LASIK eye surgery.

Swift admitted she was on “some pretty hardcore pills after [having] a laser in your eye” and was embarrassed about what could potentially be on the video.

“Your mom may or may not have videotaped you after surgery and she gave us the video!” Fallon said before rolling the hilarious clip.

In the home video, the "Lover" singer is in her kitchen after the procedure with protective goggles on, trying to tear a banana from the stem. But after she successfully tears it off, Swift realizes she actually wanted the other banana and had picked the wrong one.

“That wasn’t the one I wanted!” she moans.

“I tried to get this one,” Swift explained to her mom. “What do we do with this one now?”

She was worried about the rejected banana because it "doesn’t have a head.” The dilemma made the singer start to cry but her mother was there to comfort her. The video then continued in Swift's bedroom where her mom warned her "don't fall asleep eating the banana."

“I’m not asleep, my mind is alive!” the entertainer announced.

After watching the clip, Swift joked, "She was kind enough to drive me there but cruel enough to film it and give it to you!"

Swift is performing on "Saturday Night Live" this week. Emmy-winner Phoebe Waller-Bridge is hosting for the first time.