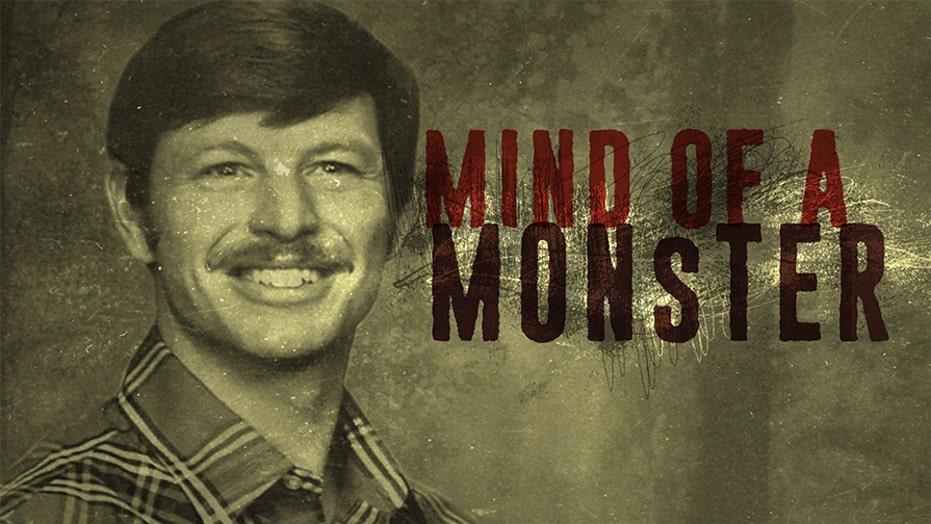 Patty Eakes was stunned when she first came face to face with the Green River Killer.

The prosecutor has come forward to share her story in a new two-hour special on Investigation Discovery [ID] titled “The Green River Killer: Mind of a Monster.” The documentary, which features chilling tapes of Gary Ridgway’s police interviews, uses the murderer’s own disturbing words to detail what ultimately led him to become a violent predator.

Ridgway, a Washington State truck painter who confessed to killing up to 49 women in the 1980s, was sentenced in 2003 to life in prison without the chance of parole. The now-70-year-old is classified as one of the most prolific serial killers in American history.

“To be honest, after watching him in person, I told a couple of officers, ‘That’s the guy that alluded you for 20 years?’” Eakes recalled to Fox News. “II didn’t feel physically frightened because he has this very disarming quality about him, which I’m sure made him get people to trust him for so long. You’re just like, ‘This guy’s a goofball.’ He doesn’t really strike you as dangerous."

Eakes said she was one of the only women involved with getting Ridgway to confess, which meant the Green Killer gave her more attention over the other investigators.

“It was very surreal, especially because he made several attempts to be friendly and talk to me,” said Eakes. “I remember a couple of times he would go, ‘Good morning, Ms. Eakes.’ And I’d go, ‘Hi, Gary.’ And then I had to take a step back and remind myself, ‘Hello, he’s a serial killer. Why am I being so polite to him?’ He felt that need to exchange pleasantries. It was so clear that he was quite limited mentally.”

The News Tribune previously reported that in public, Ridgway was far from the sinister murderer who preyed on unsuspecting women. He was a churchgoer father who was formerly a member of the military. Neighbors never suspected mild-mannered Ridgway of being associated with the heinous crimes.

But Ridgway confessed to strangling prostitutes, runaways and other overlooked members of society in his pickup truck while having sex with them, the New York Times reported. He would then dump their bodies around the Seattle area. According to the outlet, prosecutors said Ridgway had told them he killed 60 women but were able to gather only enough evidence to conclusively link him to 49 murders.

Ridgway’s first confirmed killing occurred in 1982 near Seattle when he picked up a 16-year-old girl who had been living in a foster home and strangled her, A&E reported. He would go on to rape and torture many more over the years. His notorious moniker came from his pattern of dumping bodies in or around the Green River in Washington state. Ridgway was also a necrophiliac who had sex with some of the decaying bodies of his victims.

Ridgway was arrested in 2001 after detectives linked his DNA to sperm found in three of his earliest victims.

“What was unnerving about him? To be honest, you had to remind yourself of who he was and what he was capable of doing,” Eakes explained. “He came across as a goofy, middle-aged guy who desired to have people around him.”

Eakes believes it’s Ridgway’s seemingly harmless personality that may have made some of his unsuspecting victims feel comfortable enough to get in his truck.

Some of Green River Killer's victims from over the years. It is believed Gary Ridgway murdered many more women. (Police file)

“I think he looked for vulnerable women,” she said. “He had this strange, underlying need to feel like he had a beautiful woman by his side. Often the women that he picked up were attractive. He wanted to be one of those guys who’s like, ‘I have a beautiful woman with me.’ He didn’t necessarily feel like he had that in his personal life… Physical attractiveness was definitely part of it.”

Eakes said that when Ridgway finally confessed to his crimes, the “normality” in the way he vividly detailed the killings felt as if “he was taking a walk.”

“A couple of things jumped out at me,” she said. “He would take his son and leave him in the car while he went back and had sex with the bodies… It didn’t seem to register in his mind just how messed up that was. So depraved and really, no recognition on his part that, you know, he took a child and left the child in the car while he was off killing a woman, or going back another time to have sex with a different dead body. It creeped me out at such a level that was shocking, even for somebody like me who’s had a lot of exposure, unfortunately, to murders.”

“Another moment that shocked me when he described attacking a 6-year-old boy when he was 13 years old,” said Eakes. “There was such coldness in the way he did it. And yet again, he had that inability to acknowledge what a horrible thing he did.”

Gary Ridgway is the subject of a new ID documentary titled 'The Green River Killer: Mind of a Monster.' (Getty)

Judge Richard Jones of King County Superior Court would go on to excoriate Ridgway for the “calloused indifference” and “lack of compassion” he displayed towards the crimes during interviews with prosecutors, the New York Times reported.

Today, Ridgway is suspected of having killed many more women. And Eakes believes that what Ridgway did to his victims was much darker than what he confessed. However, Eakes said it was important to tell the story of Ridgway’s case and shed light on his victims — the women who were perceived differently by the press and society.

“He could have killed anybody,” said Eakes. “I don’t think it had to only be prostitutes and runaways. [And] I still suspect he has many secrets and things that he did but never told us about. I don’t think it’s shame — shame is actually the wrong word because I don’t think he feels shame. Like the necrophilia — he didn’t volunteer that information. That had to be taken out of him… And I think there are other things like that. We’ll just never know exactly how dark he really is.”

Virginia Graham, sister of Green River Killer victim Debra Estes, speaks in court during the sentencing of Gary Ridgway on Dec.18, 2003, in Seattle, Washington. Ridgway received a life sentence, without the possibility of parole. (Photo by Josh Trujillo-Pool/Getty Images)