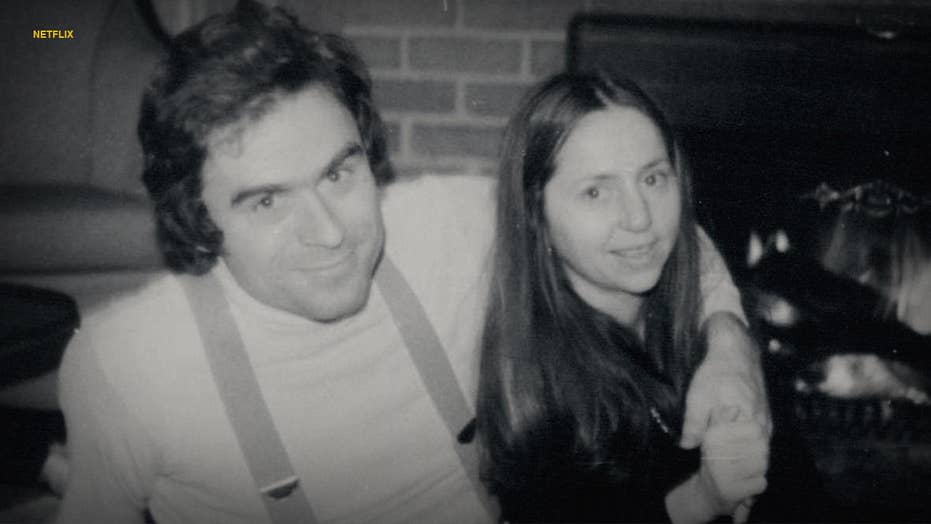 Ted Bundy’s ex-girlfriend inspires haunting Netflix biopic on their romance: ‘He was a master manipulator’

For the first time in 40 years, Elizabeth Kendall is coming forward to share her story on-camera about her ex-boyfriend, one of the most prolific serial killers in American history.

Kendall and her daughter Molly are part of Amazon Original’s five-part docuseries, “Ted Bundy: Falling for a Killer,” which premieres Friday on Amazon Prime Video. They also sat down with ABC News’ Amy Robach for a “20/20” special that also airs on Friday.

Ted Bundy kidnapped, raped and killed dozens of women across the United States in the 1970s. His trail of terror took him from the Pacific Northwest to Florida. Bundy sat on death row for 10 years and just days before his execution, he confessed to killing 30 women in California, Oregon, Washington, Idaho, Utah, Colorado and Florida between 1973 to 1978.

Bundy was finally executed in 1989 at age 42. Authorities still believe Bundy has killed many more women.

Last year, Bundy made headlines when he was the subject of a Netflix docuseries titled “Conversations With a Killer: The Ted Bundy Tapes,” which details how journalists Stephan Michaud and Hugh Aynesworth spent a hundred hours interviewing the “Jack the Ripper of the United States” on death row in 1980.

Kendall admitted she still kept old photos of her former boyfriend, who is seen smiling at the camera and even playing with Molly, who was a child at the time.

“I sometimes can’t believe this has really been my life,” Kendall admitted to “20/20.” “I kept those photos of us when we were happier before we knew what he was capable of.”

“That’s my childhood,” Molly chimed in. “Unfortunately, the memories that are attached to those pictures have lost their original emotional content and become something different.”

According to Kendall, she and Bundy dated for about five years, from 1969 until 1974. She and Molly claimed that during the time, they never suspected that Bundy was a serial killer. In fact, Kendall believed at one point Bundy was the man she was going to marry.

“I still have a sense of disbelief that this man that I loved and that seemed to be a great guy could go out and do such horrific things,” Kendall told the outlet. “It’s just so hard to accept. I always felt loved. But with Ted, it’s impossible to tell. It could’ve been love; it could’ve been just another manipulation. I hate to even say this because it makes him sound normal, but I do think he loved us.”

To this day, the women still wonder why they were spared.

“I heard a story told by one of his attorneys he had,” said Molly. “He said Ted told him that he would play games with these animals, I don’t remember if they were mice or something else. And he would let some of them live and some of them die, and to me, that’s us, we’re just these mice that were allowed to live.”

Kendall, a single mother at the time, first met Bundy at a bar in Seattle. She had just moved from Utah and was “pretty smitten” right away.

“I saw him sitting at a table,” she recalled. “I went over and talked to him because I told him he looked lonely.”

Ted Bundy is the subject of a new docuseries on Amazon Prime. (Amazon Prime Video)

During their courtship, Bundy was studying psychology at the University of Washington. He also worked on political campaigns and had dreams of pursuing law school.

“[He] put a lot of energy in making us happy, doing fun things,” said Kendall. “He always seemed to embrace us as a family unit. I loved going to places with him. He was never at a loss for words, whereas I was on the shy side.”

But by the summer of 1974, Kendall’s romance with Bundy began to sour.

“He would start walking home late at night, rather than spending the night at my house,” she said. “Just subtle changes where I felt like maybe I was losing him or maybe he was seeing somebody else. Never in my dreams did I think he was out stalking women and then eventually… abducting and murdering women. There was no context for that.”

Bundy would later tell FBI Special Agent Bill Hagmaier that during that summer, he had been murdering for months.

Looking back, Kendall said there were some red flags about her boyfriend, but she kept “talking herself out of it.”

A co-worker gave her a newspaper article that had a composite drawing of a suspect because it looked “similar” to Bundy. Police identified the suspect's car a Volkswagen Beetle — the same one Bundy drove. Authorities even noted the suspect was a “handsome young man” who called himself “Ted.”

“It wasn’t something that I looked at and thought, ‘Oh my God,’” she explained. “It was like, ‘Oh, that’s weird.’ Even the idea that this man went up and introduced himself by ‘Ted,’ I think, ‘Oh, you know if you’re going to abduct somebody, you’d never say your real name.”

Witnesses also reported seeing a man on crutches — which Bundy had in his room.

“He said that his landlord had hurt himself and was on crutches, but he was going to take the crutches back to the rental place,” said Kendall. “So that made sense to me.”

And when she brought up the similarities between him and the suspect, Bundy simply laughed it off.

“[He said], ‘No, Monkey, of course, I would never do anything like that,’” she recalled.

Some of Ted Bundy's victims. (Netflix)

But eventually, Kendall did begin speaking with authorities while Bundy continued his crimes.

In 1975, a Utah Highway Patrol officer spotted Bundy and his Beetle. After a brief chase, the officer searched Bundy’s car and found a ski mask, pantyhose with eyes cut out, gloves, rope, a crowbar and handcuffs. He was arrested under suspicion of evading police but was released the next day on bail.

Kendall said that, by then, the relationship was over. However, they kept in touch.

“It was just very frightening to see it all laid out together, and I was devastated,” said Kendall. “Eventually, I asked him about it. … [He goes], ‘Oh, for God’s sake’s Liz, I need the crowbar … if I get in a wreck and need to pry cars apart. I need the ski mask for when I’m shoveling snow. Sometimes I wear a pantyhose mask under that just for warmth.’”

In 1978, Bundy kidnapped and killed 12-year-old Kimberly Leach — his youngest and last victim. When Bundy was arrested that same year, it was Kendall he called.

“It took him telling me himself that he had something wrong with him,” said Kendall. “It was awful, and yet it took me so long to really fully accept that he did those things. Even after he told me that, I still was spending endless hours trying to figure out how this could be, how this man that I thought I knew could do these things. It was really a struggle.”

Today, Kendall said she still carries guilt about unknowingly introducing a murderer to her child. Over the years, she was determined to create a fresh start for both herself and Molly. She’s hoping her story will inspire others to “overcome hardships.”

Berlinger previously told Fox News he wanted his viewers to feel the same roller coaster of emotions Kendall once had.

In this 1977 photo serial killer Ted Bundy, center, is escorted out of court in Pitkin County, Colo. (Glenwood Springs Post Independent via AP)

“By the end of the film, I want the audience to feel that same level of disgust and betrayal Liz, our main character, feels,” said Berlinger. “Because I literally want the audience to have kind of rooted for their relationship in the first half of the film, so by the end, they say to themselves, ‘Oh my God, I was actually like that character in the first part of the film, and now I realize he’s an awful human being who did horrible things. I can’t believe I actually fell for it.’”

“That’s the feeling I want to create in the audience because that’s what Bundy was so good at,” he continued. “He was a master manipulator who deceived everyone around him, and that’s the true nature of evil. It’s the people you least expect who do terrible things.”