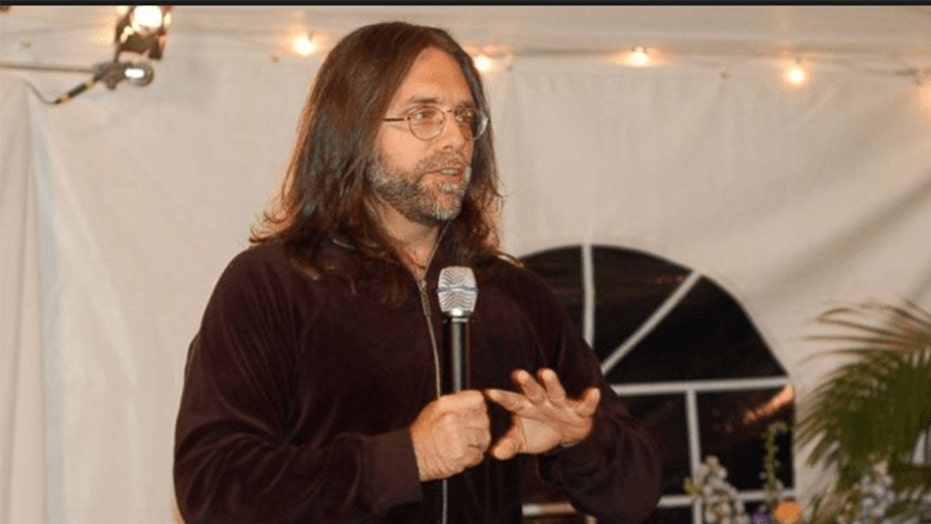 Former NXIVM follower Susan Dones is hoping a new documentary will lead to answers on what happened to her friend.

Investigation Discovery (ID) aired a documentary on Sunday titled “The Lost Women of NXIVM,” in which insider Frank Parlato said the leader of the alleged sex cult, Keith Raniere, may have been involved in the deaths of at least four women who were close to the organization.

One of them is Dones’ pal Kristin Snyder, who has been presumed dead after disappearing in Alaska in 2003 and leaving behind a note that mentioned the group.

Kristin Snyder was a follower of NXIVM.

Snyder’s partner Heidi Clifford, who also appeared in the TV special, claimed Raniere had “inappropriate sex” with the follower and she became pregnant.

“She was yelling it out [during classes],” claimed Clifford, as reported by UK’s Daily Mail. “They just kept pulling her out of the room. This is not just one time. This is three or four times, she was blurting this out.”

Snyder disappeared after the outbursts. It is believed the 35-year-old reportedly took her life by taking a kayak out to sea and tipping it over on purpose, drowning in Resurrection Bay. Her body has never been found.

“I always found what I was being told about her suicide to be rather fishy,” Dones told Fox News. “I know kayaks float. I know bodies eventually surface. They never found her body. They never found her kayak. They never even found her paddle. That all seemed very suspicious to me… The more I asked questions, the more I received angry responses from the leadership of NXIVM. This was supposed to be an organization of compassion and humanity. Why are you angry at me for asking questions?”

Snyder's truck, parked on the shore of Resurrection Bay, had a note which read: “I was brainwashed and my emotional center of the brain was killed/turned off. . . . Please contact my parents . . . if you find me or this note. I am sorry . . . I didn’t know I was already dead,” Vanity Fair reported.

Prosecutors say Raniere was a con man who peddled expensive self-fulfillment courses for the once-thriving organization based in upstate New York as a cover for mentally and sexually abusing female followers through shame and humiliation, including some in a secret society of brainwashed “sex slaves” he had branded with his initials. The defendant lawyers claimed that the 59-year-old had no criminal intent and that his interactions with the women were consensual.

Kristin Snyder and friends hiking on a mountain. (Photo courtesy of ID.)

WITNESS: SELF-HELP GURU WAS BOTH A COWARD AND BULLY

Raniere was arrested in 2018 and was charged with sex trafficking, racketeering conspiracy, child exploitation and child pornography. Rainier won’t be sentenced until 2020.

Dones, who left NXIVM in 2009, said she never believed Snyder was suicidal.

“We both loved the outdoors and she was kind-hearted,” said Dones. “She was uplifting, fun to be around. She wasn’t depressed or suicidal. I just never believed it. I was totally dumbfounded when I heard she committed suicide.”

In the documentary, Parlato alleged Snyder, along with Barbara Jeske, Gina Hutchinson and Pamela Cafritz all died under suspicious circumstances between 2002 until 2016. All the women were reportedly intimately involved with Raniere.

Hutchinson’s death was ruled a suicide after the 33-year-old allegedly revealed she had sex with Raniere when she was 14 years old, Parlato claimed. The deaths of Jeske in 2014 and Cafritz in 2016 were attributed to cancer after both women lived in Raniere in his Halfmoon, N.Y., home, the New York Post shared.

According to the outlet, Parlato believed both women were poisoned. Another woman, who spent time in the home, also developed cancer. Tests showed “unusually elevated levels of bismuth and barium.”

LURID TESTIMONY WRAPS UP IN CASE AGAINST SELF-HELP GURU

“Keith was handling their treatment,” alleged Parlato. “He was managing their diet. He was controlling the refrigerator.”

Jason Kolowski, a forensic consultant interviewed for the documentary, claimed hair samples from the women unveiled “chronic exposure” to the heavy metals. He speculated it may have come from rat poison.

The show also featured a video of Raniere secretly recorded by Dones where he said: “Here’s the thing — I’ve had people killed because of my beliefs, or because of their beliefs.”

Raniere’s attorney Marc Agnifilo did not immediately respond to Fox News’ request for comment. However, Agnifilo told the New York Post: “Keith didn’t kill anyone. That’s an insult to real forensic investigation as well as to the people who have passed away.”

Dones said she obtained the secret recording around the time she was getting ready to leave NXIVM. She, along with others who were concerned about the group’s direction, decided to meet with Raniere to express their concerns in hopes things would change.

“I couldn’t handle the abuse anymore,” she alleged. “The company was very abusive to you, especially when you didn’t agree with them.”

Dones claimed Raniere agreed to let her tape the meetings.

“We met with him for three days,” she explained. “On that last day, that’s when Keith said [that]… All the hairs on my body stood up… I sent it out [that portion of the tape] privately. I put it out on a private server and I sent it out to about 23 people in an email. And I said, ‘Please do not release this… If anything happens to me, please take this to the police.’… It was sent to a blogger and then it got exposed. That wasn’t my intent, but that’s what happened.”

Dones hopes the documentary will compel someone with information concerning Snyder’s disappearance to come forward. And while she questioned whether Snyder took her life, she does believe Snyder never received the help she needed in time.

“If she wasn’t murdered, there are people within NXIVM who were culpable for her suicide,” said Dones. “Her partner asked for help and they just said she was seeking attention and there was nothing wrong with her. They should have taken her to the hospital. But they didn’t… Those bastards did nothing for her. Nothing.”

“The Lost Women of NXIVM” can be streamed here. The Associated Press contributed to this report.