TV actress and alleged sex cult leader Allison Mack creepily likened herself and other Nxivm slave masters to “sister wives’’ who would eventually all raise their kids together, a witness testified Monday.

Fellow “slave master” Lauren Salzman said on the stand in Brooklyn court that after she was branded with the initials of group guru Keith Raniere and initiated into his higher sanctum of all-female lieutenants, Mack told her, “Isn’t it great?”

“Now not only do you have a master [Raniere], you have all of these sister wives,” Salzman said the “Smallville” star told her while adding, “We’re going to raise our babies together.”

“Allison was very excited that I joined,” Salzman said.

Mack was already having sex with Raniere, Salzman said. Raniere would go on to coerce Salzman into having threesomes with Mack and him, she has said. 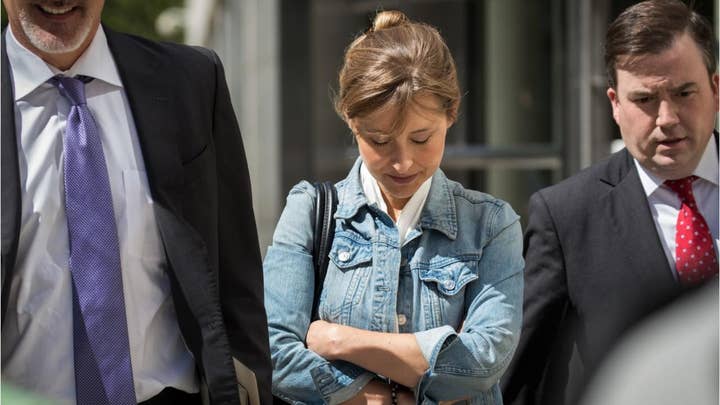 ALLISON MACK'S BIZARRE BLOG DETAILED LIFE IN SEX CULT: 'IT SEEMS LIKE IT HAS BEEN A LIFETIME HERE ALREADY'

Speaking at the sex trafficking trial of her former longtime lover Raniere, Salzman recalled that there was only one woman whom the guru wasn’t interested in as a slave — Seagram’s heiress and Nxivm benefactor Clare Bronfman.

“Clare’s name was raised a bunch” in terms of becoming a slave master, but Raniere said no, “he wanted to keep that separate,” Salzman said without elaborating.

Still, that didn’t stop Raniere from sleeping with Bronfman, according to court documents.

Mack and Bronfman have both pleaded guilty in the case, as has Salzman.