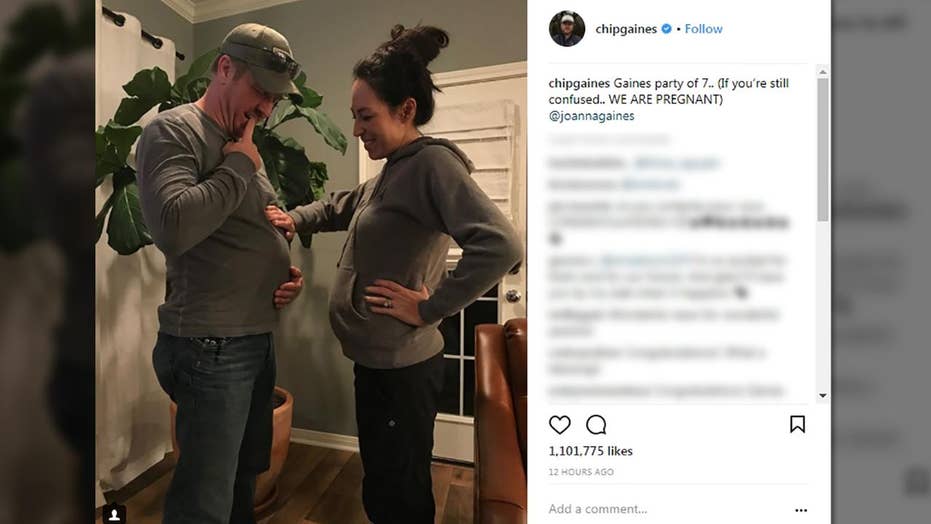 Chip Gaines admitted there is "no such thing as a 'perfect marriage'" in a Valentine's Day-inspired tweet about his relationship with wife, Joanna.

On Wednesday morning, Gaines shared a personal note on Twitter in the spirit of Valentine's Day about marriage.

"No such thing as a 'perfect marriage,'" Gaines wrote. "For me, its always been simple: commitment. Every morning I wake up committed, and pray that she chooses the same. And so today, again, I choose my beautiful bride. To have and to hold.. till death do us part. #HappyValentinesDay sweet girl!"

After the "Fixer Upper" couple's September announcement that they had decided to end their hit HGTV show, rumors swirled that the iconic couple was splitting up.

But a representative for the TV couple told Entertainment Tonight in October that the couple decided to end the show so they could focus on their business, children and relax.

"Chip and Jo's decision to leave ‘Fixer Upper’ is truly just based on wanting to catch their breath for a minute; to rest, refresh, and spend even more time with their family and growing businesses," the representative said.

In addition to the "Fixer Upper" stars' busy workload, the couple is also expecting their fifth child, which they announced after a Jan. 2 episode of their HGTV series aired.

Despite no longer working on HGTV, the couple has continued to expand the Gaines family empire with a home decor line, Magnolia Home, and a soon-to-open restaurant in their hometown of Waco, Texas, Magnolia Table.