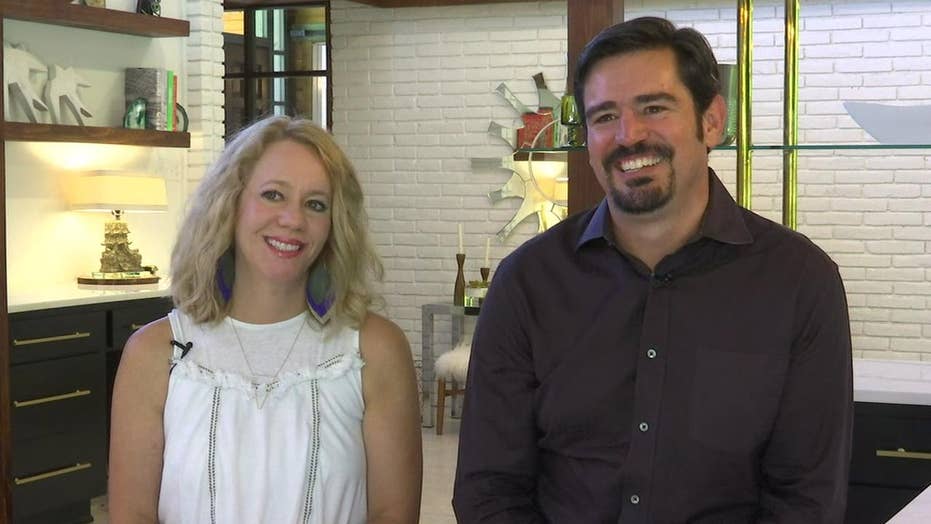 'Fixer Upper': Couples reveal the reality behind the show

Chip and Joanna Gaines have won the hearts of America but what is it really like to have them remodel your home? Former 'Fixer Upper' couples talk about the reality of appearing on the hit HGTV show

WACO, Texas – Chip and Joanna Gaines have learned the hard way that with success comes scrutiny.

The stars of HGTV's wildly successful show "Fixer Upper" have made headlines lately for the wrong reasons. Chip Gaines is embroiled in a $1 million dollar lawsuit with his former business partners and the design duo was accused of deceiving a couple on the show into moving into crime-ridden Waco.

However, when Fox News caught up with several couples that were featured on the Gaineses' show, they had nothing but good things to say about their experience.

Dave Morrow and Marla Hendricks, from Season 1 Episode 13, told Fox News that Chip and Joanna worked many hours of overtime to finish their house, which was built in 1910 and needed significant work including a new roof and wiring.

“They had big crews here working seven days a week. We’re not allowed to come by when they were working on it, but my neighbors told me there were five, six, seven trucks outside everyday until 9 or 10 o’clock at night,” said Morrow. “It was a big push but they did a great job.”

Charmaine Hooper and Chuck Codd, from Season 1 Episode 2, moved to Waco for Codd's job as a soccer coach at Baylor University. They applied to be on the show after they knew they were moving to Waco.

“From the very beginning Joanna had suggested that we were going to be hands off and 'Is that OK?' I said, 'I’m quite OK with it,'” said Hooper. “I was OK with whatever the result was going to be because I knew that it was going to be much nicer afterwards.”

Their house was a complete disaster with no running water, dangerous wiring, garbage all over the property and even a dead rat inside.

"It was even worse than what TV made it out to be," Hooper told Fox News.

"I mean, it was a disaster," Codd said adding that the Gainses were able to turn their house around.

Joshua and Jill Barrett, from Season 2 Episode 9, never doubted Chip and Joanna Gaines for a second, mainly because Jill has known Chip since college.

“You told me, ‘Joanna is the only person I trust to do a remodel for me,’” Joshua recalled to Jill.

Joshua Barrett is a fourth generation Waco resident, and he told Fox News he’s frustrated when he hears people speaking negatively about the Gainses' show or the city.

When he heard the allegations against the Gainses made by Ken and Kelly Downs, who were featured on Season 3 Episode 10 of “Fixer Upper,” he felt he had to speak out.

The Downses claimed they were “deceived by the city of Waco and [Chip and Joanna Gaines’ firm] Magnolia Realty” into moving to Waco after a drunken driver crashed into their home in July. Barrett said the Downses should have done more research before deciding to move to the Texas city.

“When you look out your front door and you see three bars and a sign that says ‘Live Bait’ and you look at your neighbors houses an they’re just not the same quality of home that you’re buying or you’re renovating I think caveat emptor; I think it’s buyer beware,” said Barrett. “I’m a little disappointed in that. I think it’s not fair.”

The Downses did not return Fox News' request for comment.

He said overall, Waco is a safe place but not perfect. Barrett said he hasn’t had a single issue in the 45 years he’s lived there.