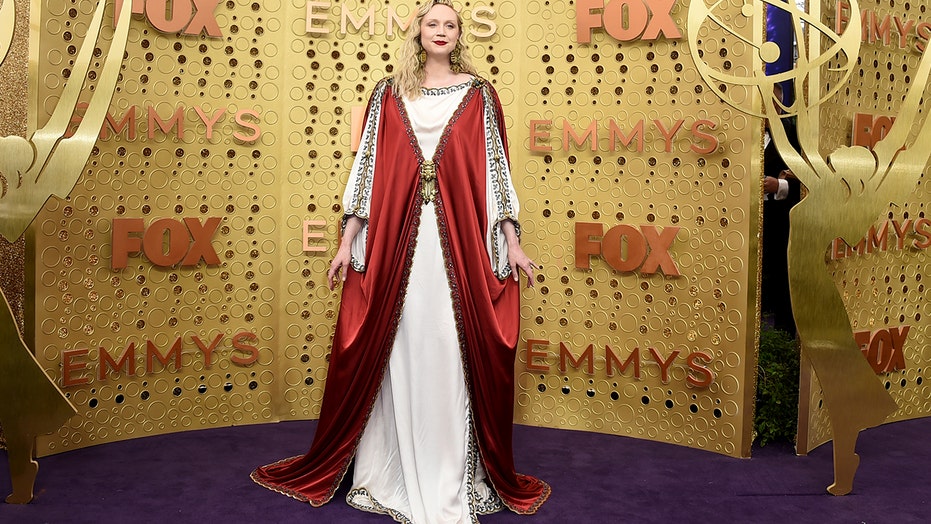 Some may say she channeled her inner Roman Emperor... but made it fashion.

Game of Throne's Gwendoline Christie set the medieval vibe at the 71st Primetime Emmy Awards, showing up in "Game of Thrones"-themed attire, stirring up an opinion storm on social media platforms.

The supporting actress in a drama series nominee has been both praised and mocked for her dress choice with some comparing the Gucci's Resort 2020 line number to Jesus.

Another twitter use tweeted, "The G in Gwendoline Christie stands for God. #Emmys2019."

Christie, 40, has portrayed First Order stormtrooper Captain Phasma in "Star Wars: The Force Awakens" and "Star Wars: The Last Jedi." However, she is best known for her role as Brienne of Tarth in the HBO fantasy-drama series, "Game of Thrones."

The actress submitted herself for the category of outstanding supporting actress in a drama series, as a "testament to Brienne of Tarth," after she learned HBO was not going to submit her.

"Game of Thrones" has received 161 Prime Time Emmy Award nominations, poising the show to break records for most nominations given.