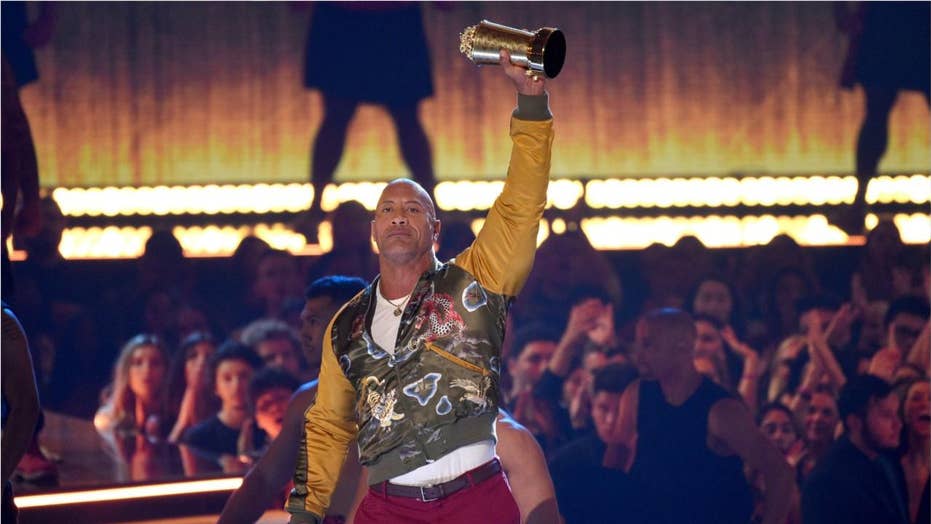 Dwayne 'The Rock' Johnson took it upon himself to bestow a bit of advice upon the world while receiving the Generation Award at the 2019 MTV Movie &amp; TV Awards. The former WWE superstar recalled his journey to stardom and the lifelong lessons he's picked up along the way. In his speech, Johnson explained the importance of self-love and remaining steadfast, being true to who we are as individuals.

The semi-retired WWE star-turned-actor producer was named Hollywood's highest-paid actor by Forbes magazine, even though he ranked as No. 15 on the list for overall total earnings. He also made the list in 2018.

According to the magazine, Johnson, 41, raked in $89.4 million from his movies such as "Hobbs & Shaw" and "Jumanji: The Next Level." He also stars in the HBO show "Ballers" and he hosted the "Titan Games" on NBC.

Adding to his already extensive resume, Johnson has a production company – Seven Bucks Production – which has a number of projects in the works such as "Black Adam," "The King" and "Red Notice" on Netflix.

He also boasts over 151 million Instagram followers (to date) and has a tequila business in the works, plus has a partnership deal with Under Armour and just acquired a stake in Voss water and will serve as a strategic advisor.

This year, the next actor to make the list was Chris Hemsworth at No. 24 with $76.4 million with the majority of those earnings coming from Marvel box office juggernaut "Avengers: Endgame."

In 2018, Johnson brought in $124 million — the most Forbes had ever seen a single Hollywood actor make in the history of its Celebrity 100 list.

"I work extremely hard but never anticipated (in my wildest dreams) I’d become the highest-paid actor in Forbes’ history. I don’t have a Harvard MBA, but my business philosophy and acumen has been sharpened over time and thru failure," Johnson wrote on Instagram.

"My goal when I was wrestling in flea markets for $40bucks per match (well before the bright lights of the @wwe) is still the exact same goal I have today - ALWAYS put my AUDIENCE FIRST. I have one boss - the world. Send you home happy, and I’ve done my job. I’m the dude who started w/ $7bucks. I’m grateful to the bone and hungry to the core."