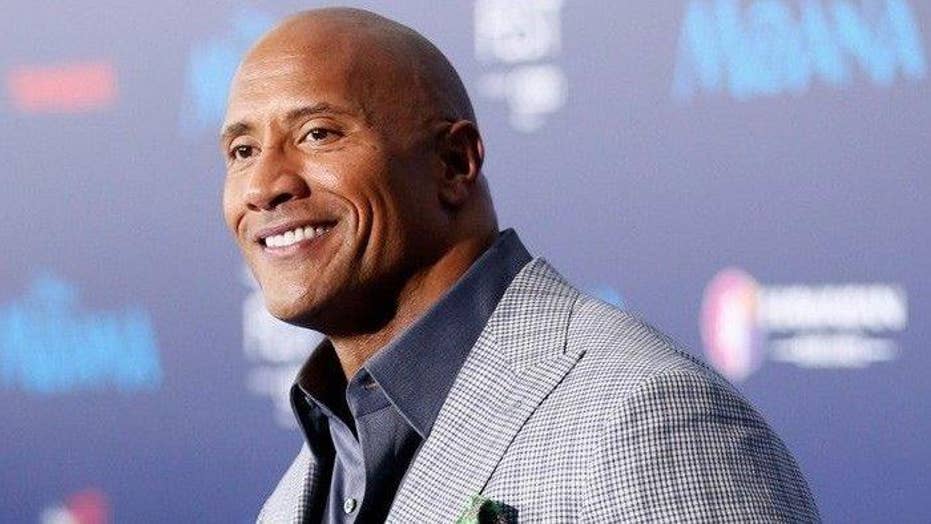 Dwayne 'The Rock' Johnson considers a run for president

'The Five' react to the actor's political ambitions

Many are hoping “The People’s Champion” will run for president in 2020.

Dwayne “The Rock” Johnson sat down with late night TV host Jimmy Fallon on Thursday where he gushed about the overwhelming support he’s received in a recent presidential poll.

DWAYNE 'THE ROCK' JOHNSON MIGHT ACTUALLY RUN FOR PRESIDENT

“The surge and the groundswell since then has really been amazing,” said the 45-year-old professional wrestler-turned-actor. “I gotta tell you, I’m so incredibly flattered — there’s a national poll that just came out this past week … that brought together Republicans and Democrats in saying that I would beat Donald Trump if we had an election today to become president. I’ve really been blown away. It’s so flattering.”

Johnson also explained why his potential candidacy is striking a chord.

“I think it’s because a lot of people want to see a different leadership — I’m sorry, not different, but a better leadership today,” explained the “Baywatch” actor. “[They want] more poise, less noise.”

The Hollywood star revealed that there’s a reason why he’s still recognized as “The People’s Champion.”

“I also think that over the years I’ve become a guy that a lot of people relate to,” he said. “I get up in the morning at a ridiculous hour and go to work, I spend time with the troops, I take care of my family. I love taking care of people … I’ve been blown away. I’m very flattered by it. Three and a half years is a long way away, so we’ll see.”