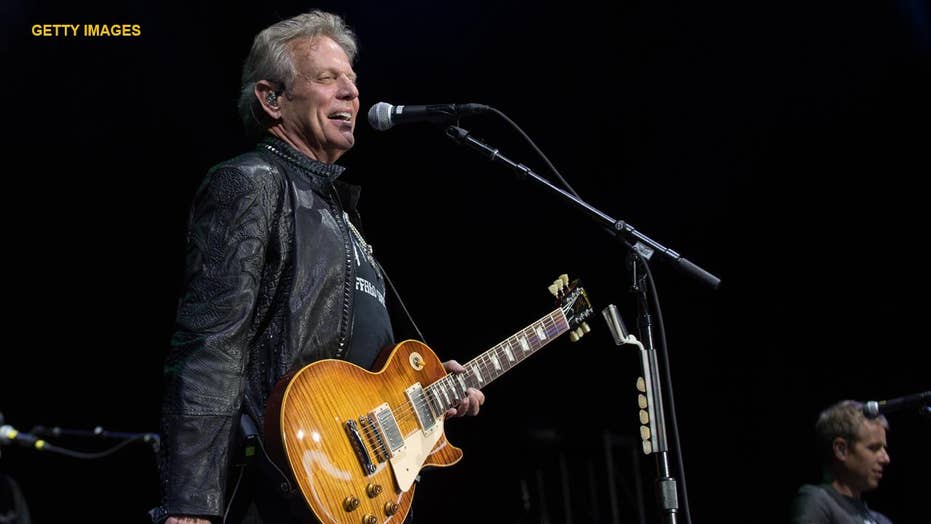 The Eagles lead guitarist says that he doesn't have any regrets about how he handled his fame.

The legendary rocker just released his new album, "American Rock 'n' Roll," on April 5 and it features some of the biggest names in music such as Sammy Hagar, Slash, Richie Sambora, Mick Fleetwood, and Chad Smith.

The Rock and Roll Hall of Fame inductee stopped by Fox News to talk about his new project and his storied history with the '70s rock band including what inspired the uber-famous song, "Hotel California," and memories from working with Eagles' lead singer Glenn Frey.

THE EAGLES SURPASS MICHAEL JACKSON FOR NO. 1 ALBUM OF ALL TIME

Felder said through his career it's hard to stop writing songs. "I love to do it." he insisted. He's constantly inspired while driving down the freeway or while watching movies and writes down notes and lyrics immediately. "I love performing live. There's nothing more exciting. To be able to be in a studio writing music and then walking out on to a stage and doing it live is really the ultimate joy."

That's how "Hotel California" was created. Felder says he was renting a house in Malibu and his kids were playing in the sand when the music "just came out" while he was fooling around on his guitar.

He joked that he thought to himself, "I need to make a little note of this so I can remember it later." First came the musical progression on the song and then the lyrics, according to Felder. He actually recorded the progression in the rented home's back bedroom which operated as a studio during the day.

Felder admitted back then he wasn't sure that "Hotel California" should have been the band's next single on the radio because it ran longer than three minutes and thirty seconds but Eagles' drummer and co-lead vocalist, Don Henley, was absolute in his decision and Felder is now "very grateful" to have been wrong.

One moment in his life that Felder will never forget besides writing that iconic song was attending the very first Woodstock in 1969 and watching greats like Jimi Hendrix, Santana, and Janice Joplin which he says greatly influenced and inspired him.

As with many other rock-n-roll bands, the Eagles members weren't strangers to the party scene but Felder said he "had an anchor" because he was the only married guy in the group. "I didn't go off the deep end," he explained. "It was a life-saving thing."

Felder claims that because of the incredible success of "Hotel California" raising the bar on the band's next album and writing just as good — if not better music — was an "almost impossible" bar to get over. "It was a lot of pressure; a lot of stress," he told Fox News.

The best-selling author also admitted that being in the band was highly competitive because "everyone could write, sing, play." Felder called the band "an all-star team" but everyone had "A-type" personalities and with that came conflict.

"We had [talent] in spades," he said. " A lot of the strife and struggle and conflict was over lyrics and songs and guitar parts and who was going to do what."

But according to Felder, the music has stood the test of time so many of those contentious scenarios were worth it.