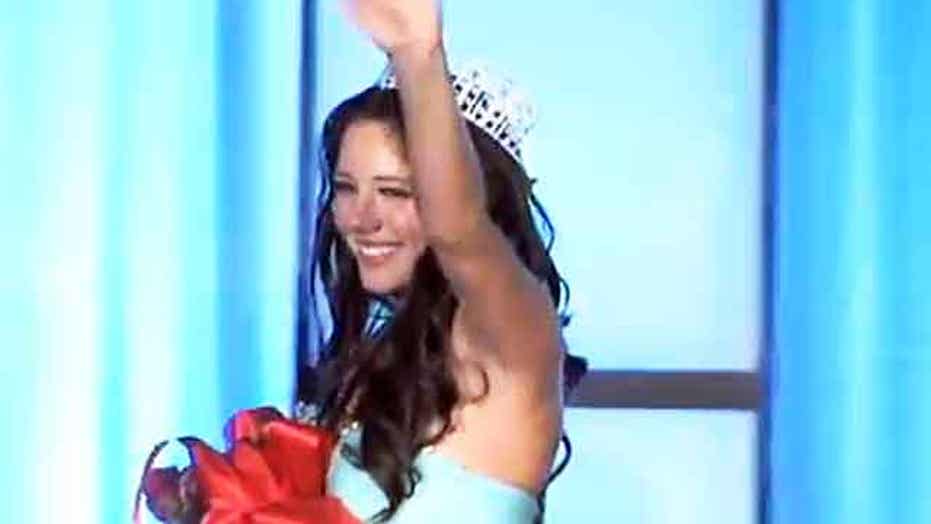 Miss Teen Delaware says it's not her in online sex video, so why did she resign her crown?

And now it seems King, who resigned her crown on Tuesday, may be admitting it was in fact her in the raunchy sex video.

"Be strong, life has a funny way of working out. Kim K made it and now is one of the most powerful women in the US," King posted on her Twitter account Thursday, referring to Kim Kardashian, who became famous largely on the merits of a sex video she made with her former boyfriend, Ray J.

On Tuesday, King told a Delaware news site she was not the young woman featured in a sexually explicit video posted on an adult website.

She told Delaware Online that she was aware that reports were claiming she was the woman in the video.

“There are comments saying this, however, it’s not comments that are true,” she said.

A rep for the pageant said the Miss Delaware Teen USA runner up would take King’s place.

The voice mail message for the Miss Delaware Teen USA office stated the office is currently on winter break. A rep for the pageant did not return FOX 411's email request for comment.  King's lawyer also did not return our calls.