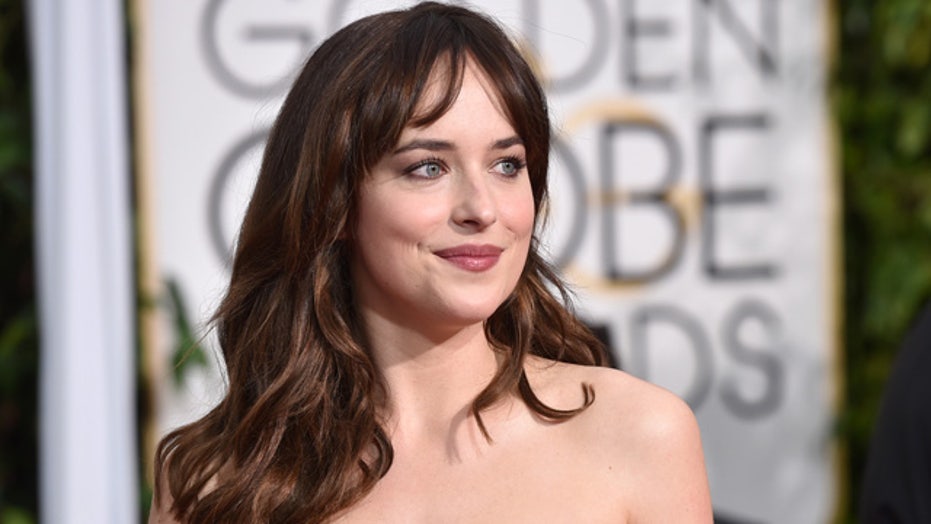 Dakota Johnson has a very unusual talent and it doesn't involve Christian Grey.

The 27-year-old star of “Fifty Shades Darker,” who is also on the cover of Vanity Fair’s coveted Hollywood Issue, showed off a very unique skill on camera.

For Vanity Fair’s “Secret Talent Theater” video series, a joint production with Conde Nast Entertainment which features a behind-the scenes look at the photo shoot by famed photographer Annie Leibovitz, Johnson revealed she can insert nearly anything between her gap teeth.

“It’s a crack large enough to house all manner of objects, including cherry stems, coffee stirrers, and a handsome amount of cold, hard cash,” reported the magazine.

Other items Johnson can place between her two front teeth include playing cards, an iPhone charger, a toothpick, an American Express card, a paper clip, and yes, $1,100 in cash. Even more remarkable? No items were harmed in the making of the film.

Johnson joined fellow actresses Emma Stone, who taught audiences how to pogo stick, and Natalie Portman, who gave a lesson on Hebrew slang.

Johnson also announced that fitting everyday objects in her gap tooth is her "only skill."

But one person who didn’t seem completely impressed by Johnson’s unique skill? Her father, 67-year-old actor Don Johnson, who was on set to witness the entire spectacle.

“What a great skill,” he remarked. “I think that you can go far with that.”