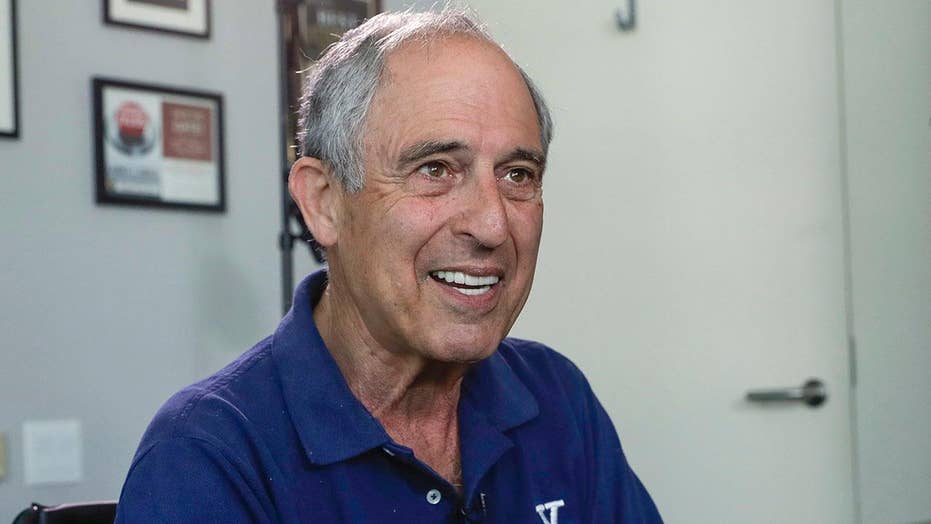 Michael Cohen's lawyer backs off assertions that then-candidate Donald Trump was aware of the 2016 Russia meeting at Trump Tower; Washington Post reporter Tom Hamburger, who co-wrote the story that used Davis as a source, reacts.

CNN is facing heavy criticism for refusing to retract a bombshell story on the infamous 2016 Trump Tower meeting after one of the anonymous sources recanted and admitted he was a source.

On Tuesday afternoon, CNN.com published a new report that acknowledged the changing stories of Lanny Davis, the high-powered attorney of President Trump’s longtime “fixer”-turned-foe Michael Cohen -- but critics pointed out the network failed to address key issues with its original report.

Davis admitted Monday he was an anonymous source — after The Washington Post outed him as a source for its own version of the story.

The attorney told BuzzFeed News Monday night he regretted being the anonymous source as well as his subsequent denial. The CNN story, which cited multiple “sources,” claimed Cohen said President Trump knew in advance about the Trump Tower sit-down.

“I made a mistake,” Davis told BuzzFeed.

CNN has not responded to multiple requests for comment.

Davis spent recent days walking back his bombshell assertions that his client could tell Special Counsel Robert Mueller that Trump had prior knowledge of the meeting with a Russian lawyer discussing potentially damaging information on Hillary Clinton. However, CNN has stood by its reporting. Its media newsletter – required reading for coastal elite media members – noted that BuzzFeed’s report “doesn't mean, however, that CNN's story is incorrect.”

The newsletter pointed out that the CNN story had “multiple sources,” but critics don’t seem to buy the explanation.

Mediaite published a headline, “CNN Reported Lanny Davis Declined to Comment in Article He’s Quoted As Anonymous Source” that highlights the fact that the original CNN story claimed, “Contacted by CNN, one of Cohen’s attorneys, Lanny Davis, declined to comment.”

According to Davis himself, that particular line of CNN’s report is now a proven falsehood.

“That means CNN might have misled readers about talking to Davis. Thats a bigger problem than a source-burn,” Politico’s Marc Caputo wrote.

“Very difficult to see how CNN can continue to stand by its July 27 Michael Cohen/Trump Tower story given its own formerly-anonymous source is now openly admitting to lying about it on the network. Retraction seems to be the only recourse here,” The Hill media reporter Joe Concha tweeted.

Donald Trump Jr. quoted a story about the situation and added, “If we really really really want it to be true it’s not #fakenews. - CNN’s new motto apparently.”

Various publications ranging from tabloid papers to prestigious magazines covered Davis admitting to being a source for CNN.

Meanwhile, critics of CNN have taken to Twitter to mock the news organization with newsletter author Brian Stelter taking much of the heat.

CNN's new story carried the headline: “Attorney for Michael Cohen keeps changing his story on Trump Tower meeting.” It included a quote from Davis, “I should have done a much better job of speaking with more suspicion than certainty, and I regret my mistake.”

Still, Athey of the Daily Caller noted that the new piece “doesn't address Davis declining comment on record despite being a source,” nor did it explain why CNN was standing by its original story.

Mediaite's headline about the new report: “CNN Addresses Lanny Davis-Michael Cohen Report Without Answering Any Questions About It.”