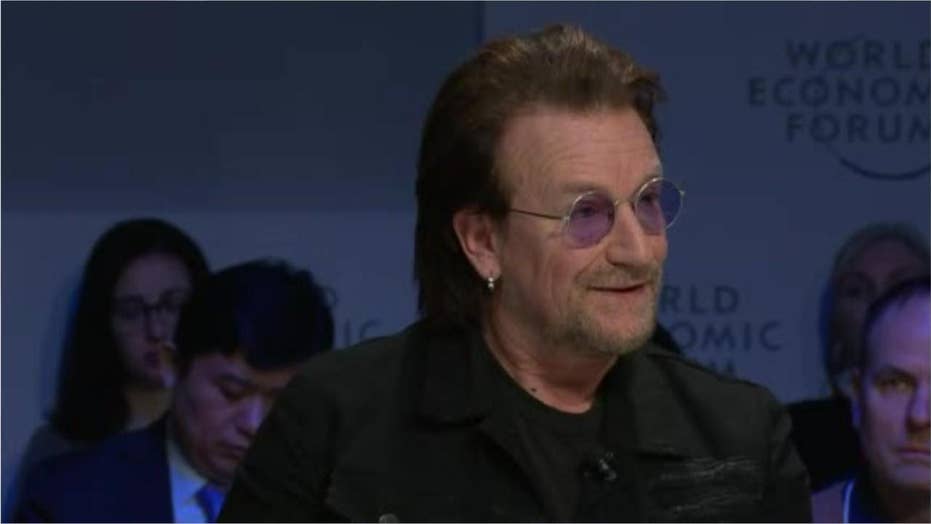 During the World Economic Forum in Davos, U2 frontman Bono said that capitalism isn't immoral, but it is rather amoral.

Outspoken social activist and U2 frontman, Bono, had some unusually kind words for capitalism while speaking to global business leaders at the World Economic Forum in Davos, Switzerland.

According to The Irish Times, the singer was speaking at a panel to fill a multitrillion-dollar financing gap to help the U.N. achieve its goal to end global poverty by 2030 and advocate for the fight against extreme poverty in Africa and AIDS. While there, he discussed the benefits of capitalism but cautioned that it cannot be left to its own devices.

BONO ISSUES APOLOGY FOR ALLEGED WORKER ABUSES AT HIS CHARITY

“Capitalism is not immoral — it’s amoral. It requires our instruction,” he told the crowd. “Capitalism has taken more people out of poverty than any other ‘ism.’ But it is a wild beast that, if not tamed, can chew up a lot of people along the way.”

Bono, who has an estimated net worth of about $700 million, is most known for his music work with U2 but he’s made himself into a prominent activist over the years, even co-founding One, a global campaign and advocacy organization with more than 10 million members fighting to wipe out global cases of extreme poverty

He routinely speaks about world issues, most recently with a provocative statement in which he compared the ONE organization to the NRA. The 58-year-old previously praised the organization’s ability to enact change for its members, while noting that he does not support their politics.

“Whatever you feel about the NRA – and I don’t like them very much – they’re a very well-organized group and we want ONE to be the NRA for the world’s poor,” Bono said at the Economic Club of Chicago’s event discussion with ECC Chair and Ariel Investments President Mellody Hobson (via Rolling Stone). “So the ONE campaign – if you’re getting in the way of legislation that will make lives easier for the world’s most vulnerable populations, we’re gonna find out where you live [and] we’re gonna camp outside your office.”