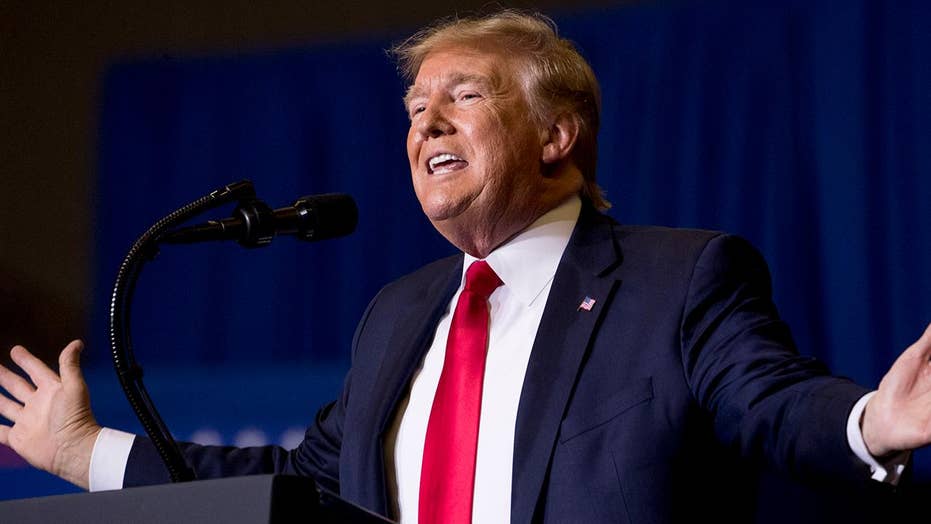 Panel reaction and analysis with Mercedes Schlapp, Gregg Jarrett and Tom Bevan on 'The Ingraham Angle.'

"Real Time" host Bill Maher had a warning for Democrats on Friday night as they continued with their Trump impeachment inquiry. He called it a "loser" issue in battleground states for the 2020 presidential election -- and also considered whether the country is heading toward a "civil war."

Maher kicked off the show's panel discussion by addressing Thursday's party-line vote in the House of Representatives on rules for the impeachment proceedings, in which not one Republican supported the plan.

"This should tell you something," Maher said, " ... and what it tells me is, anyone who's been hoping that maybe [Trump will] be convicted in the Senate by Republicans -- that's not going to happen. He's not going to get convicted. I'm getting that from this vote."

Maher later called Trump a "horrible" businessman, but credited the president for being a "genius politician" for winning the electoral college in 2016. He then noted how unpopular the talk of impeachment has been in crucial swing states.

"Pennsylvania, Michigan, Florida, North Carolina, Wisconsin, Arizona -- those are the states that's going to decide this election," Maher said. "Impeachment? Fifty-three percent oppose in those states. It's a loser where this election is going to be decided."

But he added: "I'm not saying we shouldn't do it."

Later, Maher read a quote from Rep. Louie Gohmert, R-Texas, who recently warned of a "civil war" if a duly-elected president is ousted by Congress and said that guns are always involved in the "last phase."

"How are we going to come back from this place where we hate each other so much that this talk is happening now?" Maher asked. "It's like a prison yard. You're either with the Aryan Nation or the Black Brotherhood. This country is going to be in a civil war. He may be right -- that the guns are the last phase of it and we are now living in the first phase."

Back in September, Maher warned Democrats about their pursuit of impeachment, predicting the process could leave the country "paralyzed for a very long time."

"I'm just asking about the people who matter. There's 40 percent for sure probably on both sides, there's 20 percent in the middle who might be persuadable. Are these people going to say, 'I don't care about Trump's phone call to a country I know nothing about. I care about my phone bill. What are you doing about my phone bill, about my problems?' I just wonder about that."