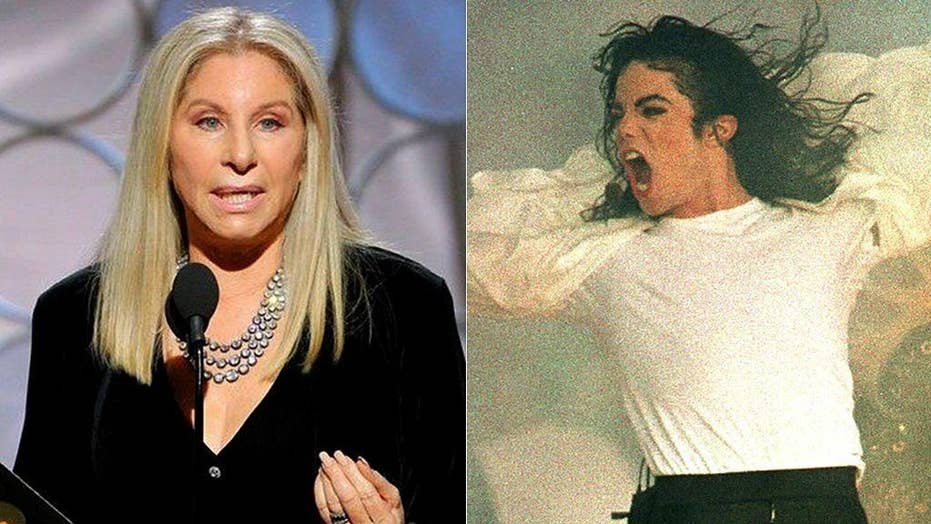 The backlash against singer and songwriter Barbra Streisand has deepened after she shared her thoughts on HBO’s recent documentary, “Leaving Neverland,” which follows the story of two men who allege Michael Jackson sexually abused them as children.

Though Streisand said she “absolutely” believes Wade Robson and James Safechuck's molestation accusations against the King of Pop, which were detailed in the two-part documentary, the “It Had To Be You” singer also made controversial remarks regarding the allegations in an interview published by The Times of London on Friday.

“Oh god no. This is horrible. I feel sick. @BarbraStreisand is my idol and I look up to her so much. This breaks my heart that she would say this. Because this is such a wrong and hurtful thing to say. Ugh.”

"You can say 'molested', but those children, as you heard [the grown-up Robson and Safechuck] say, they were thrilled to be there. They both married and they both have children, so it didn’t kill them," Streisand continued.

Streisand, 76, then said she feels “bad” for both the children Jackson allegedly abused and the late singer himself.

“'It didn’t kill them' @BarbraStreisand did you really say that?!” he wrote on Twitter.

Many other users quickly followed suit, one person even writing that Streisand’s comments made her feel ill.

“Oh god no. This is horrible. I feel sick. @BarbraStreisand is my idol and I look up to her so much. This breaks my heart that she would say this. Because this is such a wrong and hurtful thing to say. Ugh.”

“These comments by Barbara [sic] Streisand on Michael Jackson’s sexual abuse accusers are sick and says volumes about Hollywood’s demented and perverted thinking,” a second commented.

“Who knew in 2019 I would throw my love for Barbara [sic] Streisand into a dumpster but here I am,” another wrote.

“It’s with great honor that I can happily report that Barbara [sic] Streisand is officially canceled,” one man wrote.

“I have loved Barbra Streisand for my whole life. No more,” read another comment.

The film was also met with intense criticism from the Jackson family estate, which denied any and all wrongdoings. They called the documentary "an outrageous and pathetic attempt to exploit and cash in” on the music legend.

The estate has sued HBO for $100 million and says "Michael Jackson is innocent, period."

“HBO and the director were well aware of their financial motives and that ample opposing facts are available from numerous sources, but made the unconscionable decision to bury any evidence casting doubt on their chosen narrative. Had they made an objective film it would have allowed viewers to make up their own minds about these allegations, instead of having a television network dictate to them that they must accept these false claims about Michael Jackson,” said Howard Weitzman, the estate's attorney.