"The Bachelorette" star Hannah Brown revealed on Monday night's finale that she and Peter Weber had sex in a windmill not once, not twice, but four times.

“I was a little dishonest about something,” Brown, 25, said during the live portion of the episode. “Since it’s out there, and I did say there was something that Peter and I did twice … it was actually four times!”

Weber and Brown's parents were in the audience. His applauded while hers beamed.

'BACHELORETTE' HANNAH BROWN ADMITS SHE HAD SEX IN A WINDMILL

Brown had previously told castoff Luke Parker that she and Weber had sex in the windmill of the show's fantasy suites twice.

Perhaps their intense chemistry is why they had such a hard time letting go of one another. 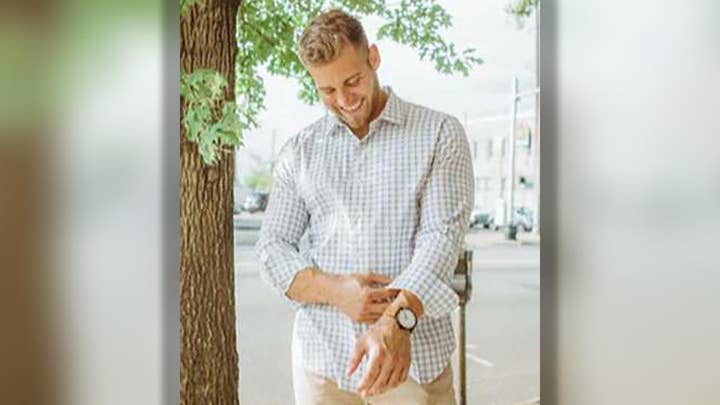 Brown told Weber's parents he was a "great catch" and explained on the live episode why she chose someone else for her final rose.

She told Weber, “There wasn’t anything wrong and I know that’s probably hard to hear because I wish I could give you a clear concrete answer, but I truly thought you would meet my family. I wish I would have known a little bit sooner about how you felt and you would have told me maybe. I was scared. I think I felt like you were scared to love me.”

She added, “I always enjoyed our time together, but I don’t know if it was just you not exactly expressing to me verbally how you felt, if that held me back from emotionally jumping the gun and going all in. I knew I was going to hurt you, but I was also getting hurt too because I was falling in love with you and it didn’t just go away. It’s been really hard for me to watch everything and watch how upset I was that day because everything that we had was real. I was scared I was letting go of the perfect guy.”

Despite not making it to the final rose ceremony, "Pilot Pete" says he wouldn't change a thing.

“She was just honestly the most amazing person I’ve ever met so far in my life. I’m just grateful for all those memories we made and being able to fall in love with her,” he said, choking back tears. “I really fell for her and I had no doubt that it was going to be us in the end,” he added. “I really didn’t [think I was going home]. That was tough to watch back.”

Weber added, “I don’t think you can completely fall out of love with someone. It’s been two months. I’ve been moving on and doing my best with that and I know time will heal all wounds. A little piece of my heart will always love her.”