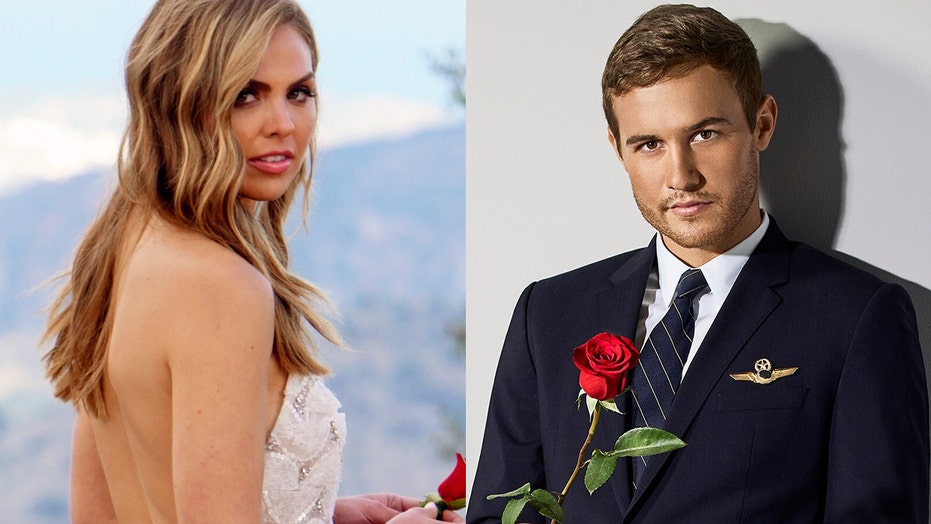 Hannah Brown and Peter Weber got a chance to hash out their continued feelings for each other on the premiere of “The Bachelor” following their whirlwind romance on her season of “The Bachelorette.”

During Monday’s premiere episode, Brown stopped by and hosted a group date wherein she told the women vying for Weber’s affection about their infamous hookup when he was on “The Bachelorette.”

As she spoke, Brown began to get emotional and realize there may still be feelings between her and Weber.

“I know I care for him,” she told a producer (via Us Weekly). “I know that I loved him but I know it doesn’t work.”

For those unfamiliar, Brown chose Jed Wyatt at the end of her season and the pair quickly got engaged. However, when she discovered that he had a girlfriend back home, she called things off. During the “After the Final Rose” special, she asked out the runner-up, Tyler Cameron, but the relationship never really took off.

Hannah Brown and Peter Weber spoke about their relationship after she placed him third during her season of "The Bachelorette."  (ABC/John Fleenor)

Weber was third, but her appearance on “The Bachelor” clearly got Brown thinking that perhaps he should have been first. When Weber came backstage to discover her crying, the duo finally got a chance to talk things out.

“[Tyler] was reaching out, you didn’t say anything. … I didn’t know if you wanted to get past it,” she told him. “I thought you wanted to be the Bachelor.”

When he asked her directly if she regrets choosing Jed and Tyler over him, Brown was forced to answer affirmatively.

“Yeah, Peter, I question it all the time,” she said. “[Picking Jed] was comfortable. It was falling back into the same thing but, like, I broke everybody’s heart and my own through this experience.”

The conversation ended with Weber realizing he had feelings for Brown and asking if she would ever stay in the house for his “Bachelor” run. She said she would consider it.