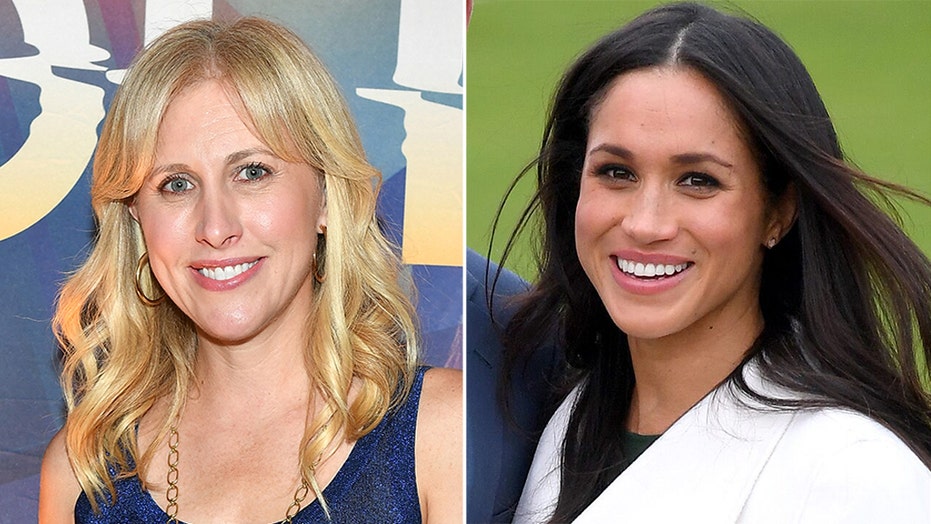 The famed "Something Borrowed" writer, 48, has released a statement saying she's "truly sorry" over her recent comments regarding Meghan Markle's behavior in a recently-released video of the Duchess reading to her son, Archie, in celebration of his first birthday.

On her Instagram Story on Wednesday, Giffin shared several since-deleted posts criticizing Markle, 38, insisting she's a "phony" and should "go away."

After her comments received negative backlash online, Giffin temporarily made her Instagram profile private. It was eventually reopened to the public and the comments about Markle had been removed.

The author also shared an image of herself standing next to a cardboard cutout of Markle and Prince Harry -- as well as several screenshots of remarks she'd made toward Markle of a positive nature -- and addressed the reaction to her comments in the caption.

"I enjoy following celebrities and analyzing them with my readers. I post dozens of IG stories a day in a very honest, unfiltered way, as if I’m confiding directly with close friends," she began the caption. "Further, I’m very interested in the British monarchy. I always have been. See the link in my bio for an essay I wrote in the days before Meghan and Harry wed."

The author then addressed claims that her criticism of the Duchess is rooted in racism.

"To be clear, I absolutely loved that a biracial, American woman was marrying into the Royal Family. It seemed a wonderful, happy thing for everyone," she wrote. "...Further, I was appalled by any signs of racism against her. Over recent months my feelings about BOTH Harry and Meghan changed. But I can say from the bottom of my heart that my criticism of Meghan has never had anything to do with her race."

Giffin then said she carries sympathy for Markle, specifically in her decision with Harry, 35, to "step back" as senior members of the royal family.

"Further, I understood why she wanted to leave the monarchy and carve out her own path. I do, however, find fault with the way BOTH she and Harry handled things, and those feelings bled over in later posts, including the ones today," Giffin said. "I can see how some of my posts may have felt mean-spirited, and could be construed as having racial undertones. It was not my intent, but I understand that intent and impact are two very different things."

She concluded: "And I am truly sorry for that negative impact."

Earlier on Wednesday, the author slammed Markle on Instagram in several different posts.

"Happy birthday, Archie," the author wrote alongside a screenshot from the video of the Duchess reading, per E! News. "Go away, Megan [sic]."

“Holy ‘me first.’ This is the Megan [sic] show. Why didn’t she film and let Harry read? And why didn’t she take the moment at the end to say ‘he said daddy!’ Because that would make it about Harry for a split second, God forbid,” she wrote, referencing noises made by the 1-year-old that resembled "dada."

The comment continued: “Also, you want privacy for your child so you put out a video (by your authorized biographer) of him .... wearing no pants?! Ooookay....”

Giffin also shared images of a text conversation she had, in which she called Markle "unmaternal” and “phony.”

Reps for Giffin did not immediately respond to Fox News' request for comment.