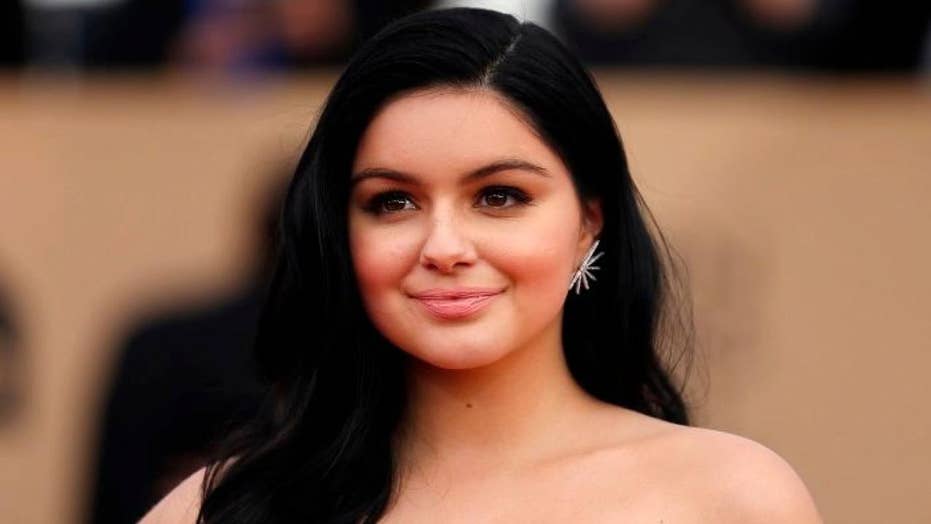 Ariel Winter put her curves on display days after blasting a body-shaming troll who made a snide remark about her recent weight loss.

The "Modern Family" star — who recently opened up about her drastic weight loss and said her slimmer appearance was due to a change in her antidepressant medication — addressed a commenter who asked her: "How many surgeries have you had on your body and face now?"

But she appeared to be moving on from the troll when she graced the carpet at the Entertainment Weekly & PEOPLE New York Upfronts Party on Monday in New York City. Winter showed off her newly red locks and her fit figure in a body-hugging little black dress.

The 21-year-old actress explained her weight loss in January.

“Yup... I dropped 30 bodies of water so fast…” Winter wrote on Instagram in response to trolls. "And yes!! My psychiatrist switched me from my previous antidepressant that didn’t work and made me gain weight, to coke/meth!! Definitely not a new one that worked and then regulated my metabolism. Coke/meth was a controversial decision but she stands by it.”

She also stood up to online bullies who mocked her feet and another time when they claimed she was “too slim” after she showed off her toned figure in a checkered jumpsuit.