Prince William and Kate Middleton paid a visit to baby Archie for the first time.

Baby Archie might be mending the royal family feud.

Prince Harry and Meghan Markle's baby, born on May 6, is seemingly bringing the prince closer to his brother, Prince William, following reports of a rift between the two siblings.

Katie Nicholl, an expert on all things royal, told Entertainment Tonight that a feud between the brothers definitely happened and that the newborn "has probably really helped to improve the relationship."

Prince Harry's son Archie, born in May, might be bringing the prince closer to his brother, Prince William, following reports of a rift between the two. (Getty)

"I was told by a very senior royal source that actually they weren't talking to each other at one point," Nicholl said. "I certainly think now that Archie is here, it has probably really helped to improve the relationship. William is over-the-moon that his brother is a dad."

Rumors of a crack between Prince Harry, 34, and Prince William, 36, have dominated headlines in recent months. At the family's Easter service in April, the brothers were reportedly distant from one another, not speaking to each other outside of St. George's Chapel in Windsor, either before or after the service. 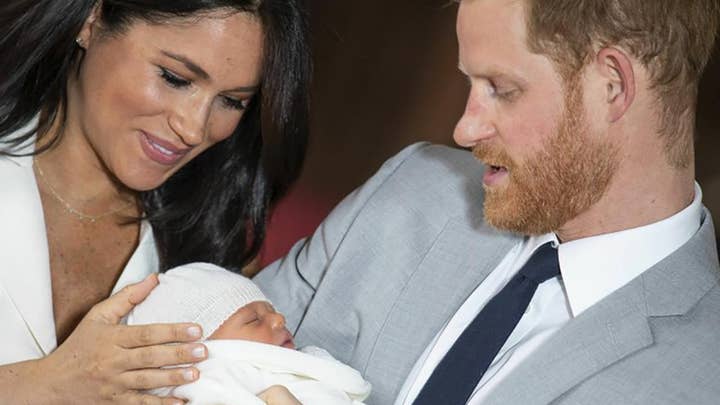 Nicholl previously said in a documentary the issue between the princes was sparked after William grew increasingly worried about his whirlwind romance with Markle.

“William was quite concerned that the relationship had moved so quickly,” she said “And being close to Harry, you know, probably the only person close enough to say to Harry, ‘This seems to be moving quickly. Are you sure?’ And I think what was meant as well-intended brotherly advice just riled Harry.”

But Archie — the first child of Markle and Harry, born 7 pounds, 3 ounces — might be bringing the brothers back together. Royal experts speculated the two would likely become closer now that they're both parents.

“William and Harry will want their children to know their cousins and do things together, so they will work harder at their relationship,” a source close to the royal family said. “The brothers will have a different kind of relationship and move on.”