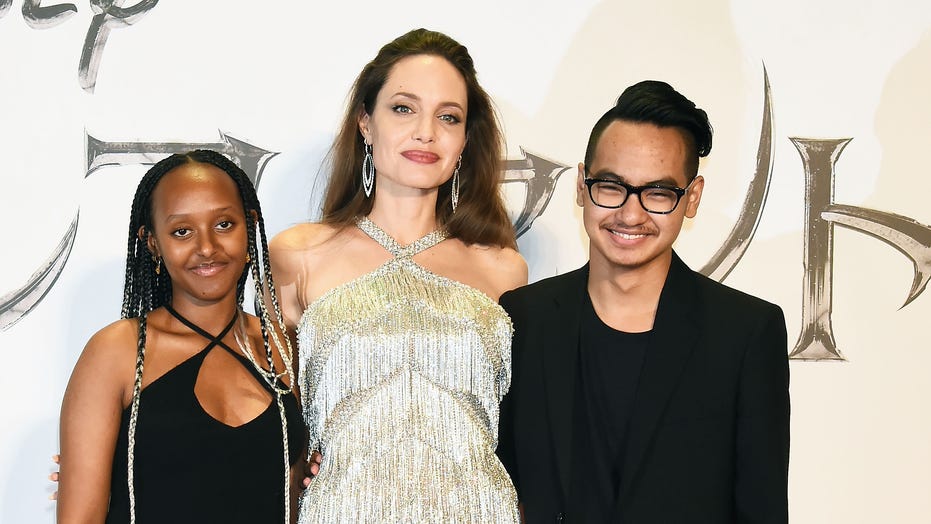 Angelina Jolie has nothing but praise for her 18-year-old son, Maddox Jolie-Pitt.

In promoting her latest film, “Maleficent: Mistress of Evil,” Jolie has been hard-pressed with a hectic tour schedule. At the London premiere, the actress and mother-of-six took the time to speak about her eldest son, Maddox.

“I’m so happy for [Maddox] that he’s grown up into such a good man,” Jolie stated in an interview with Entertainment Tonight.

“I say that because he’s smart and he’s doing his work, but he’s also wild. He’s balanced in his teenage years,” Jolie added. She also noted that Maddox “got tattooed.” However, Jolie didn’t offer any specifics about Maddox’s tattoo.

Maddox -- who studies biochemistry at the renowned Yonsei University in Seoul, South Korea -- recently joined mother Angelina at a tour stop in Tokyo, Japan — a mere two-and-a-half-hour flight away from Yonsei.

The Academy Award-winner stunned at the film’s rollout, donning a shimmering Ralph & Russo gown, while Maddox kept it clean from head to toe in a black suit and black T-shirt.

Angelina was also joined by daughter Zahara, who continued her brother’s look as she walked the chaotic carpet in a black number.

In a recent interview, Jolie was emotional as she reflected on Maddox’s move to Korea for his studies. "It's going to be different for different kids," said Jolie, who revealed to Entertainment Tonight in August that she had an “ugly cry” upon leaving her son at his new university. "Maddox was so ready."

She added, "I also, just at some point, had the big [sun]glasses and the amount of times I turned and waved. I do know it was the one moment in my life I think I turned around six times before the airport just ... and he sweetly stayed and kept waving, knowing that I was going to keep turning around. You could feel he knew he couldn't leave."