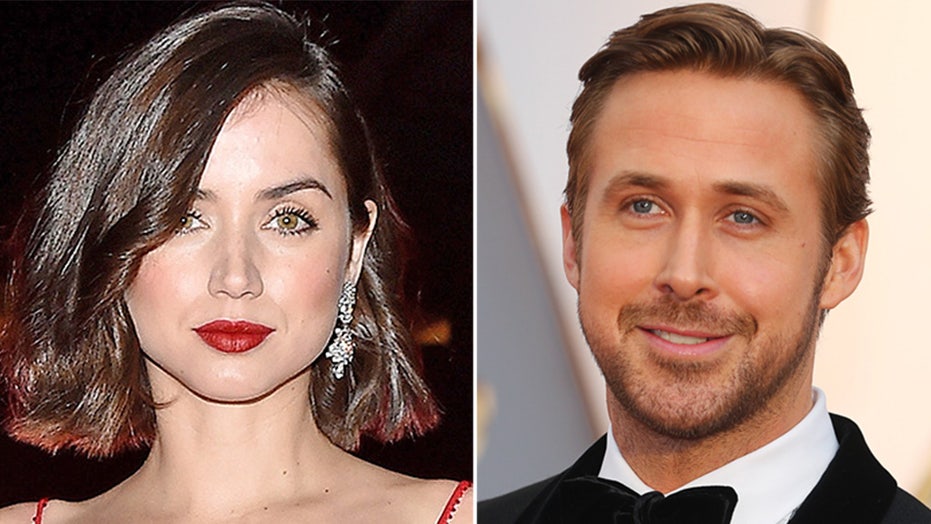 Ana de Armas is taking a look back at her past auditions -- and there's one in particular that really sticks out.

"Oh, hell yes I was nervous,” she explained while laughing when asked about their initial encounter.

De Armas, who would go on to play Gosling's holographic girlfriend Joi in the 2017 film, auditioned for the role several times.

“I auditioned three times for Joi, and the third time, I knew he would be there. I was shaking so badly," she said. "They put you in a room together and make you read things, to see how your chemistry is.

"I wish I had the tape of that meeting," De Armas continued. "I’ve been very lucky -- because these men are all very handsome -- but the best part of it is who they are as people. I’ve had the best partners.”

The star has worked with actors like Daniel Craig, Chris Evans and Ben Affleck, whom she is now reportedly dating.

Now, De Armas is set to appear in "No Time to Die" in November after the Bond franchise installment was pushed back from its initial April release date due to the coronavirus outbreak.

“Bond girls have been portrayed for so many years with a specific type of woman. I associate it with some sort of perfection and beauty standards beyond the normal.  Things that I didn’t match,” de Armas said of her upcoming role.

She went on to explain that she was "shocked" when the director called her about giving her the gig, despite the character not being written yet.

"Usually these women [Bond girls], they need to be rescued. Or they die. Or are evil. I needed to read that script. And it took a little, but they sent me the scenes. It’s important because I want to bring something else to the story," she said.