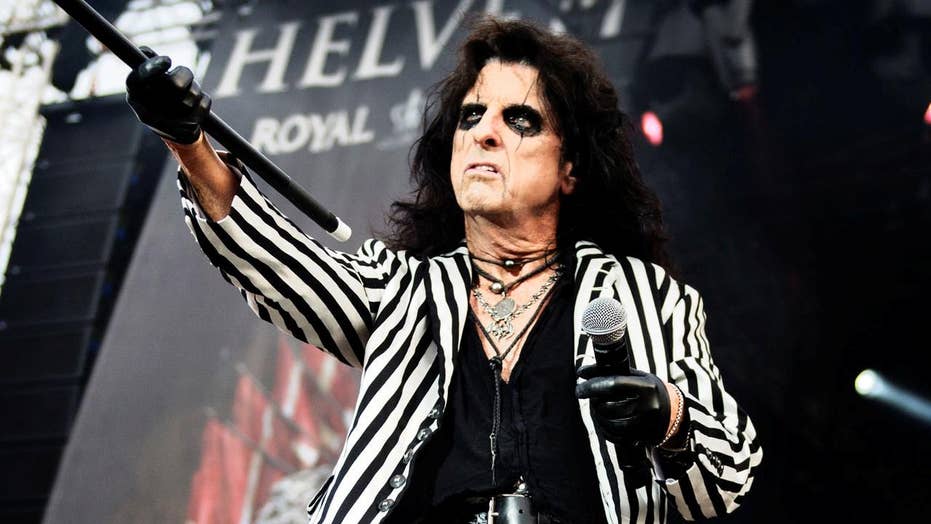 Legendary Rocker Alice Cooper believes his faith saved him from alcoholism and the temptations of rock star lifestyle.

Alice Cooper made headlines this weekend when it was reported that he and his wife had a "death pact," but explained later that it's not a suicide pact.

Cooper, 71, told The Mirror in an interview published Saturday that he and Sheryl Goddard simply can't live without each other.

“We’ve made a pact — there is no way of surviving without each other," he said. “I couldn’t live without her. We always said there will never be a time when one of us will be mourning the other. Whenever it does happen, we are going to go together."

Alice Cooper and wife Sheryl Goddard celebrate the release of Gordons Memoir, "They Call Me Supermensch" on Sept. 27, 2016 at Shinola Tribeca in New York City. Cooper and Goddard have been married since 1976. (Getty)

ALICE COOPER WAS 'THROWING UP BLOOD' BEFORE HE CONQUERED HIS DEMONS

He clarified, however, to USA Today that he didn't mean one would end his or her life if the other were to die first.

"We have a LIFE pact. We love life so much," he said in a statement. "What I was meaning was that because we're almost always together, at home and on the road, that if something did happen to either of us, we'd most likely be together at the time. But neither of us has a suicide pact. We have a life pact."

Cooper's interview with The Mirror focused largely on his marriage to Goddard, 61, with whom he tied the knot in 1976.

“I’ve been married 43 years to the greatest girl in the world. We have never cheated on each other,” he gushed.

ALICE COOPER BELIEVES HIS FAITH SAVED HIM FROM ALCOHOLISM 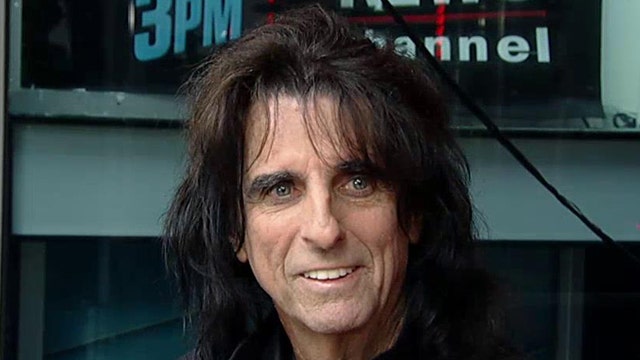 “She dances better now than she did in 1975," he added of Goddard. "You would think people would want to get away from the wives but she is my best friend. And there is no way of surviving without each other.”

Plus, no one has to worry about Cooper going anywhere anytime soon. The rocker cited the longevity of his 96-year-old mother, Ella May Furnier, and his sobriety for what he promises will be a very, very long life ahead of him.

“She’s indestructible. It must be in the genes," he said. "I’m 71 and weigh the same I did when I was 30. I’ve got that body that doesn’t get exhausted," he said. "I don’t smoke. I haven’t had a drink for 37 years. I’m the only one in the band that doesn’t get sick. I cut out sugar and I drink a lot of Diet Cokes. Maybe they are keeping me well. And the two-hour stage show is your aerobic.”