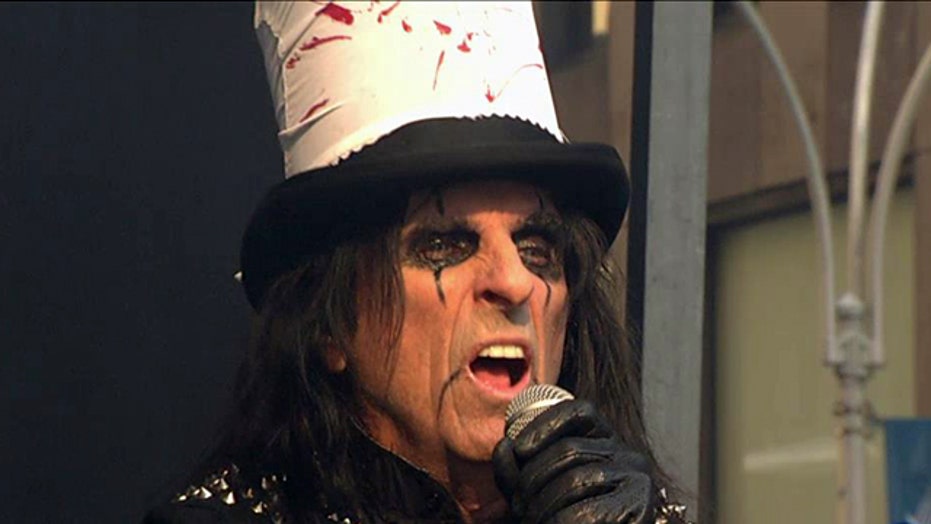 Alice Cooper may be best recognized as the Godfather of Shock Rock to fans, but to Sheryl Goddard, the 69-year-old is just a loving husband.

The singer-songwriter and the dancer married in 1976. The couple share three children together: two daughters (Calico and Sonora), as well as a son (Dashiell).

When asked by The Project Tuesday about the secret behind his lasting marriage, Cooper simply responded: “Marry the girl you are in love with.”

“You know what, we have never cheated on each other,” he added. “First of all, marry the girl you are in love with. That’s the important thing. Don’t just marry the girl that you love.”

Cooper had another key piece of advice to share.

“It is a thing that – we never fight,” he insisted.

This isn’t the first time Cooper has opened up about his marriage. Back in 2011, he also gave some no-nonsense tips to The Guardian on how the pair keep the romance alive.

“Women want romance beforehand, or they feel they’re not appreciated,” he said at the time. “Once in a while, you have to whisk your wife off to a motel for ridiculous sex. You have to keep things surprising.

"My wife is a ballet dancer so she is very organized. I’m the spontaneous one – she never knows what’s coming, except that I’m gonna be home and I’m gonna be sober. After that, there might be a ticket to Jamaica in there.”