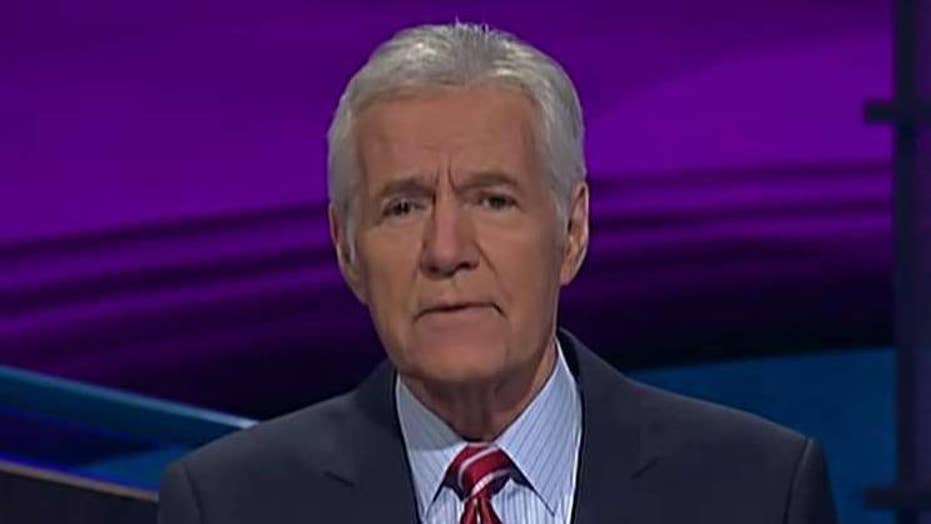 Alex Trebek made his triumphant return to "Jeopardy!" on Monday night to roaring applause.

“Thank you, ladies and gentlemen, and welcome to our show,” he said, smiling. “I truly hope you folks have enjoyed revisiting some of our special tournaments throughout this past summer. But today, 'Jeopardy!' begins its 36th season on the air and I’m happy to report, I’m still here.”

Trebek, 79, revealed in March that he was diagnosed with pancreatic cancer. He underwent treatment before returning to the ABC staple.

He previously revealed that he cried “happy tears” when he learned that the treatment was working after struggling with it for weeks. He noted that he believes he has a distinct edge over the average person battling the disease.

“I’ve got a couple million people out there who have expressed their good thoughts, their positive energy directed toward me and their prayers,” he shared. “I told the doctors, this has to be more than just the chemo, and they agreed it could very well be an important part of this.”

In a video released Aug. 29, Trebek promised he'd be back despite his diagnosis.

“It’s another day at the office for me, and an exciting day because so many great things have been happening,” he said. “We had Jeopardy James last season," he said, referencing gambler-genius James Holzhauer. "[He] got tremendous publicity for himself and for the show. We have a new champion, in Jason [Zuffranieri], this year. Typical energizer bunny kind of type.”

“I’ve gone through a lot of chemotherapy, and thankfully that is now over,” he said. “I’m on the mend and that’s all I can hope for right now.”

He also joked that Betty White should play him in a biopic.

“We have some exciting things coming up and I can’t wait to share them with you,” he said. “Let me tell you, it’s going to be a good year.”