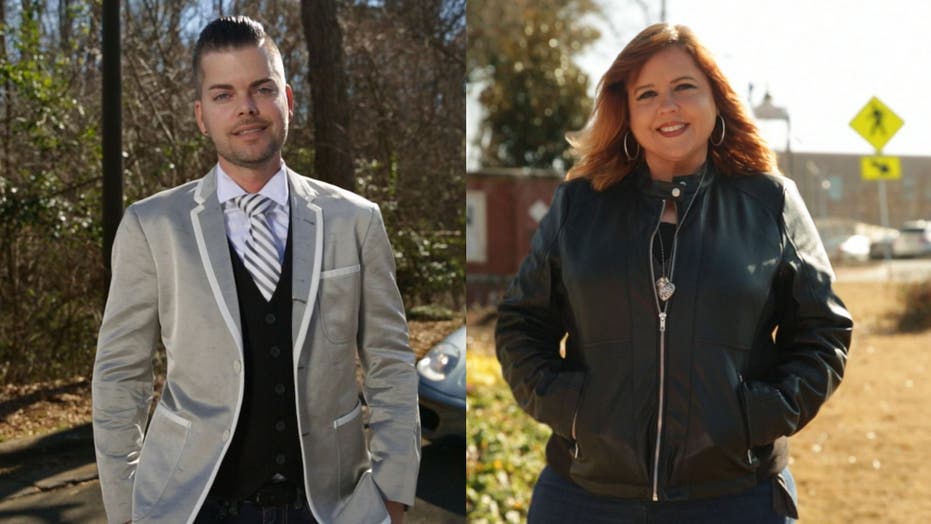 NEW YORK – "90 Day Fiancé: Before the 90 Days" is peeling the curtain back on how dating someone who lives in another country affects your life.

The dating show, currently in its third season, follows seven Americans who have fallen in love online with people who live overseas. The Americans travel to their partner's home country in the hopes of taking their relationship to the next level with a marriage proposal, even though they’ve never met in person.

"The couples get to know each other in a foreign land with the ultimate goal of being together in America," revealed the TLC series.

"Rebecca has three kids and three failed marriages, including one to a Moroccan man she brought to America on a spouse visa, but she’s ready to try again. She met Zied online and fell in love, despite the concerns of her friends and family that she’s making the same mistakes over again," the show explained.

Meanwhile, Timothy was instantly attracted to Jennifer's online profile and "now, he’s traveling to Colombia to meet her in person for the first time and plans to propose. But with Jeniffer being a total knockout, he’s worried she won’t fall head over heels when they finally meet."

Fox News: What made you want to be part of the reality show?

Tim: Well, to be honest, I was told my entire adult life that I was made for reality. I've got a very expressive face and I enjoy being in front of the camera. You know, I'd always wanted to be on TV so I thought that this was the perfect opportunity.

Rebecca: I've always been just kind of adventurous and always up for new experiences. But nobody really knows what they're getting into when they agree to do something like this. But I was, yeah, I was just excited for a new adventure.

Fox News: So what were the reactions of your family and friends when you told them you were going to be part of this show?

Tim: It was split down the middle. Half of them were very excited; the other half were very concerned. Obviously, there's a lot of negativity sometimes that can follow you when you're on reality TV and my parents just wanted me to be happy. They were supportive but they were cautious. Everybody knows I'm crazy and I'm a risk-taker so I don't think it was a surprise to anyone.

Rebecca: They weren't super excited about it. Not so much because it was a reality show, a bit more because of what it was about.

Fox News: What's your response to people who say that dating somebody from another country is an online scam?

Tim: I get it. I deal with it even with my inner circle of people. I'm the only person I know that has left the country to date someone in another country. It's a very scary idea for a lot of people. And of course, the media just shows you all of the nightmare stories. I mean obviously, it's something you have to approach very delicately and make sure you do your research. But if you're smart about it and patient, I think there can be some very big rewards at the end.

Rebecca: I've been hearing that for a long time because of my previous relationships. So I kind of just let that go. I don't let it bother me. That's just not something that I worry about. Ultimately no one else was involved in my relationships and I'm the only one that has to pay the consequences of them. Although it does affect my children to some degree -- my children are grown.

Fox News: What was the most difficult part about going to another country?

Tim: You're nervous. Anytime you meet somebody that you've met online in person for the first time you get nervous. I had anxiety. I just want to make sure [the family] likes me and that they're not disappointed.

Fox News: If your relationship with a man from another country didn't work out before, why do it again?

Rebecca: I did have some serious reservations and I talked it over with my kids to make sure they weren't going to disown me if I tried to do that. I did give it a lot of thought but ultimately I just don't believe that you should ever limit yourself based on geography. I enjoy the traveling and the adventure.

Fox News: What's some advice you can give other people who are interested in dating people from other countries?

Tim: You need to familiarize yourself with the culture because that's a huge hurdle for anyone. Anytime there are cultures coming together and trying to make a romantic relationship -- that can be very challenging. You're definitely gonna have to compromise to make the relationships work and obviously, you need to start learning the language.

Rebecca: Every single instance is so completely different that I avoid giving advice. Even the fact that I've done this twice does not make me an expert, because if I do it five times, I'm going to have five different results.