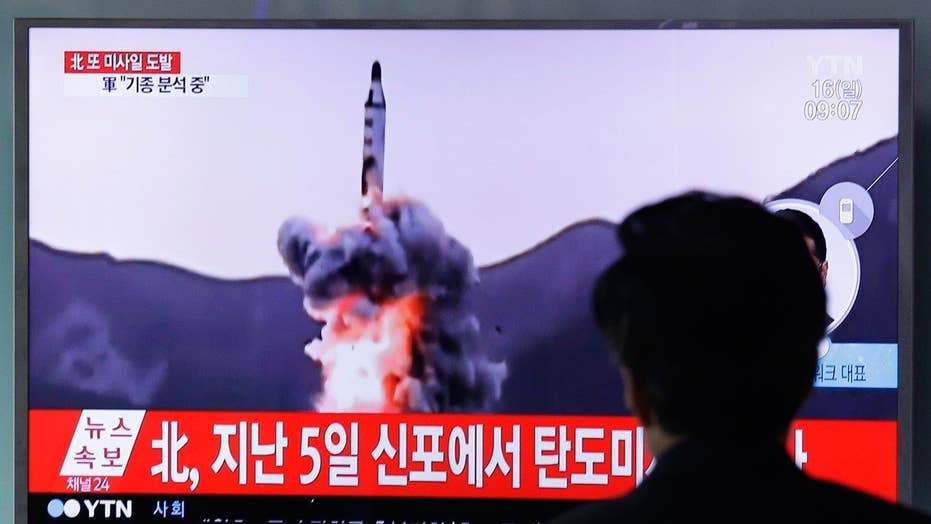 Was the U.S. responsible for North Korea's missile failure?

Tech Take: TrustedSec's Alex Hamerstone on what may have led North Korea's most recent missile test to fail

New satellite images of the nuclear testing site in North Korea have shown something unique: a series of volleyball games underway.

As tensions between North Korea and the U.S. have increased, analysts had anticipated seeing preparatory activity for an underground explosion at the Punggye-ri nuclear testing location in Kilju County, North Hamgyong Province.

But the photos taken on April 16 via a commercial satellite unveiled games of volleyball, instead.

"We see that at three locations in the facility – in the main administrative area, at the support area, at the command center and at the guard barracks near the command center - they have volleyball games going on," Joe Bermudez, an expert with 38 North, an independent North Korea monitoring project in Washington, explained to Reuters.

According to Bermudez, the unusual activity at the site could be for two primary reasons: either the location is moving into a “standby mode” ahead of some planned activity or, knowing that the location is under continuous satellite observation, the games were conducted in order to confuse any viewers.

Volleyball is popular throughout the reclusive country and often appears in satellite imagery taken throughout the nation. But the photos on April 16 marked the first instance of three concurrent games.

The discovery of the content in the images comes as the country ramps up threats against the U.S.

According to The Rodong Sinmum, the official newspaper for North Korea’s ruling Worker’s Party, the country has warned the U.S. and its allies to “not mess with us.”

"In the case of our super-mighty pre-emptive strike being launched, it will completely and immediately wipe out not only U.S. imperialists' invasion forces in South Korea and its surrounding areas but the U.S. mainland and reduce them to ashes," the party wrote.