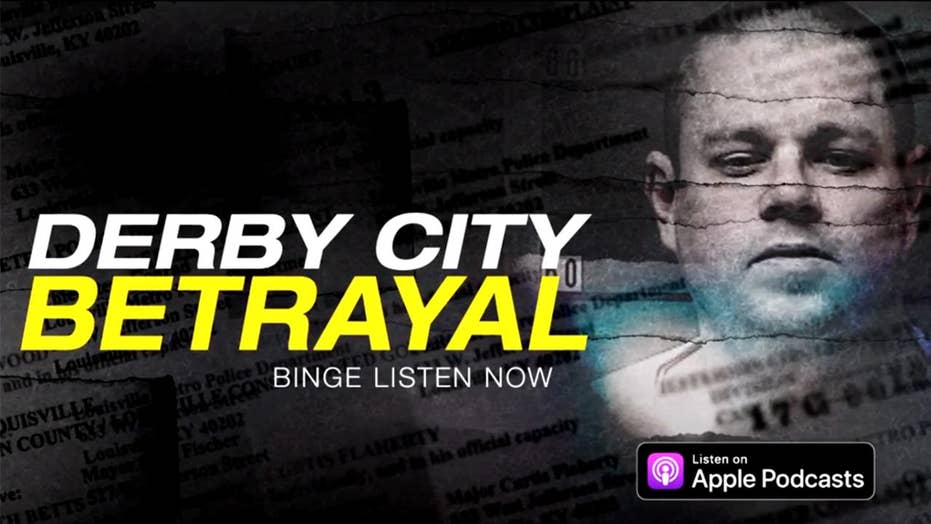 Two former police officers in Louisville, Ky., are in prison. The mentorship program they used to sexually pursue minors is no longer operating. Months after their guilty pleas, though, the city’s residents still wait for an honest accounting of the department’s investigation into the officers’ crimes.

The Louisville Metro Police Department initially denied a request for records by the Courier-Journal. Now, the department may be mandated to turn over thousands of documents related to the internal investigation after the state’s attorney general ruled that their denial violated state law.

The records pertain to two former officers, Kenneth Betts and Brandon Wood, who stand accused of using their positions as mentors in the department’s Youth Explorer program to sexually pursue, exploit and abuse teenage participants.

The scandal, which Fox News detailed at length in a recently released podcast, rocked the Derby City. The department’s handling of the internal investigation into the officers’ actions was scrutinized by local lawmakers and media. And according to former officers we spoke with, the scandal contributed to a decline of morale and difficulty in keeping good officers from leaving the department.

Betts, 35, was sentenced to 16 years in federal prison on charges of enticement of a minor and child pornography, both of which involved children he had been entrusted to mentor. Wood, 33, is serving five years for sexually abusing a teen he met in the program. Both are central to the scandal that grew to be about much more than just two officers.

In exclusive interviews with Fox News, and according to official court documents obtained in our investigation, Betts is accused of exchanging explicit photographs, trying to coerce sex, and even raping minors in the Youth Explorer program. He resigned from the department in 2014, and recently pleaded guilty to sex-abuse charges in state and federal courts.

Neither Betts, Wood, nor their lawyers offered comment or made themselves available for interviews with Fox News, despite multiple attempts to reach them. One of their victims, however, was willing to share their story.

“C.F.” is one of seven former Explorer cadets to come forward in civil lawsuits against a number of current and former officers, the LMPD, and local and national organizations responsible for the local Youth Explorer chapter.

C.F.'s story illustrates a pattern of grooming, coercion and sexual assault by Betts, as well as a lack of accountability, and possibly even a coordinated cover-up, by police leadership.

“It was beyond, like, friendly conversations,” C.F. said of his relationship with Betts. “He would ask for nude pictures. Ask for favors. Stuff like that. Ask if I would want to go work details or do ride-alongs with him.”

Claims of sexually suggestive text messages and inappropriate actions during ride-alongs, excursions during which cadets would join officers on patrol in their vehicles, are recurring themes in Louisville and similar Explorer scandals across the country.

When C.F. and “N.C.” – another former Explorer cadet who also filed suit – were between the ages of 15 and 17, C.F. said Betts escalated his pursuit of the teens.

C.F. said one night, Betts picked up him and N.C. in his patrol vehicle under the guise that the Explorers were simply helping him move paperwork from the office to his home. After they completed their task, he offered the minors alcohol and began to “come on to” them in unwanted ways.

“I had about two or three [drinks], and I had a buzz. And that’s when he pulled us back into his room, started taking our clothes off and kind of pushed us onto the bed."

C.F. said he felt coerced and pressured by the power Betts had over his career ambitions and opportunities within the program, and so was reluctant to report the incident.

“I had about two or three [drinks], and I had a buzz. And that’s when he pulled us back into his room, started taking our clothes off and kind of pushed us onto the bed,” C.F. said. “And from there, it led on to him giving us oral sex and us giving him oral sex. And it led to him – penetrating me and N.C.”

About an hour after the alleged rape, C.F. said Betts took the Explorers home and left them alone for a time. However, C.F. said the officer’s sexual pursuit followed the teen into adulthood.

In the lawsuits, several other LMPD officers are accused of acting negligently when informed of sexual impropriety by officers like Betts and Wood in the Youth Explorer program.

Retired Maj. Curtis Flaherty has been accused of turning a blind eye to sexual misconduct in the program. He is named in each of the seven lawsuits explicitly.

“This was essentially [Flaherty’s] baby,” Tad Thomas, the lead attorney in each of the civil lawsuits, said. “What it looks like, based on the people we’ve talked to and what I think we can put together in discovery, is that Mr. Flaherty knew what Betts and Wood were doing.”

Flaherty started the Youth Explorer program in Louisville, and mentored Betts when he was a cadet. Thomas said the trio of Flaherty, Betts and Wood perpetuated a cycle of mock accountability that allowed the abuse to flourish for years.

“What it looks like, based on the people we’ve talked to and what I think we can put together in discovery, is that Mr. Flaherty knew what Betts and Wood were doing.”

According to Thomas, Betts’ victims would report their abuse to Wood, who would take their concerns to Flaherty, where they would be dead on arrival. The same thing allegedly happened in reverse, with Wood’s victims going to Betts.

Lee Sitlinger, Flaherty’s attorney, said he expects the court to drop the allegations of negligence in the civil lawsuits.

“He’s cooperated with every investigation. He’s given statements to anyone investigating the case,” Sitlinger said. “… He ran a very safe program.”

“There was never any work done to find out if there were any other victims within the Explorer program."

Louisville Metro Police Chief Steve Conrad closed the case by exception, which means the department declined to pursue charges after the officer resigned. Betts resigned in 2014 without any sexual misconduct marks on his record, and went on to work as a code enforcement officer at a nearby police department from 2015 to 2017.

“There was never any work done to find out if there were any other victims within the Explorer program,” James said.

James believes Betts’ resignation in 2014 was the catalyst for the scandal and cover-up. When Chief Conrad allowed Betts to leave without a thorough investigation, he failed to act responsibly on the victims’ behalf, James said.

James said nothing prepared him for what investigators found when they searched Wood’s home in 2016.

“I was told that they found videotape of Officer Betts and Officer Wood molesting one of the Explorers,” James said. “I was kind of in shock by that.”

The findings are corroborated in a civil lawsuit filed against the officers, however the FBI and a private investigator hired by the Louisville Metro Government haven’t confirmed the existence of the video.

The first lawsuit pushed James to take his concerns to city leadership, imploring Deputy Mayor Ellen Hesen to contact outside law enforcement to investigate the allegations.

“I said that I really think that we need an outside law enforcement agency to come in and investigate this, because the chief has some exposure in this,” James said. “And he can’t investigate himself, and then proclaim himself to have not done anything.”

James said city hall was hesitant to contact the FBI or state police, instead opting to hire Kerry Harvey, a former U.S. District Attorney to lead the investigation.

Originally hired for $50,000, the costs of Harvey’s investigation rose to $140,000. After months of delay, the report was released in June 2018. James wasn’t impressed, calling the report “not so thorough” in its findings. Others in the city took issue with the investigation as well, especially since Harvey himself would later admit he wasn’t allowed to interview many of the people central to the case, including Wood, Betts, current LMPD officers and Public Integrity Unit staffers.

"Hiding documents from the public is not going to allow our city to be able to heal from what did or didn't happen. And it won't allow the public to know or understand what happened."

Harvey’s report found no evidence of wrongdoing by the mayor or police leadership. The mayor’s office said in a statement that Harvey’s hiring showed that they acted responsibly in investigating the allegations.

The Derby City public have recovered a semblance of justice: two officers will sit in prison for years for their sex crimes against teen mentees. Still, with civil litigation pending and the LMPD attempting to stonewall requests for transparency, many questions remain, not the least of which is what Chief Conrad will do to uplift morale.

"[It's] another example of them pretending that this didn't happen when, in fact, it did," James said. "Hiding documents from the public is not going to allow our city to be able to heal from what did or didn't happen. And it won't allow the public to know or understand what happened."

If you or a loved one has stories of sexual abuse in any Youth Explorers program across the nation, please reach out Andrew Keiper by email at andrew.keiper@foxnews.com.