FILE - In this Jan. 27, 2018, file photo, people pass by Wynn Las Vegas on the Vegas Strip. A year after Steve Wynn, the founder of Wynn Resorts, was accused of sexual misconduct, Nevada gambling regulators on Tuesday reportedly slapped a multi-million dollar fine against his former company for not looking into the allegations. (Richard Brian/Las Vegas Review-Journal via AP, File)

A year after Steve Wynn, the founder of Wynn Resorts, was accused of sexual misconduct, Nevada gambling regulators on Tuesday reportedly slapped a multi-million dollar fine against the company for not looking into the allegations.

Wynn Resorts Ltd., will have to pay $20 million as part of the Nevada Gaming Commission settlement – which came together in January – but will keep its gambling license, The Associated Press reported. The casino mogul reportedly has no role in the agreement.

Wynn resigned from his position as CEO of the company in February 2018 amid the allegations, which were detailed in a report a month prior from The Wall Street Journal. He denied the accusations. 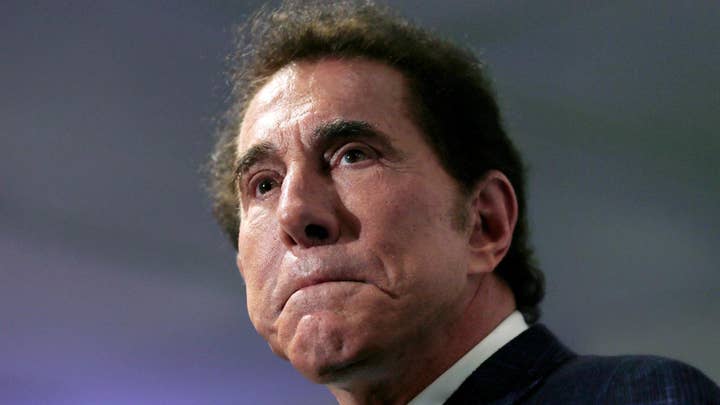 Current CEO Matt Maddox took over the reins of the company.

Wynn Resorts acknowledged in the settlement agreement that several former board members and executives knew about but failed to investigate complaints, according to The Associated Press. Included among them was one that reportedly led Wynn to pay $7.5 million in 2005 to a former salon employee who alleged he raped her and that she became pregnant as a result.

“The company's initial response during this period was driven by Mr. Wynn's adamant denial of all allegations,” a statement from Wynn Resorts, provided to The Associated Press by company spokesman Michael Weaver, said.

The statement conceded to a “short-sighted focus on initially defending Mr. Wynn, rather than reassuring employees of the company's commitment to a safe and respectful work environment.”

Following reports on the accusations last year, Wynn Resorts has undergone a slew of changes, including new leadership and mandated sexual harassment prevention training for all employees, the company noted.