Workers will be able to discreetly notify managers of any abuse they encounter on the job with the new devices. (iStock)

Staffers at Las Vegas’ MGM Resorts International and Caesars Entertainment, two of Sin City’s largest hotel and casino resorts, are set to be provided with panic buttons to report any abuse they encounter on the job.

On July 4, Culinary Workers Union Local 226 established contracts for roughly 38,000 workers at properties owned by the two giants which “include language that require panic buttons for workers like housekeepers who work alone in guest rooms and may be subjected to sexual harassment or other crimes,” Fox 5 Vegas reports.

HOTELS ARE SPENDING BIG BUCKS IN FIGHT AGAINST BED BUGS

According to Yahoo Lifestyle, the buttons will be “car remote sized” and will alert managers to the name and location of the employee in trouble when pressed.

“We are here to do our jobs and provide incredible, world-class customer service for our guests,” MGM Grand housekeeper Maria Landeros said in a press release issued by the Culinary Union. “We are not here to be abused or have people think that just because it’s Las Vegas, anything goes.”

Debra Jeffries, a cocktail server at Bally’s, which is owned by Caesars Entertainment, voiced agreement as she recalled a harrowing encounter on the job.

“I was carrying a heavy tray full of drinks on the casino floor, and a high roller at the dice game grabbed me by the neck with both of his hands and forced me to kiss him for good luck,” she mused in the release. “I have permanent nerve damage from that incident and I live in pain every day.”

The contract negotiations petitioning for the distribution of panic button were formulated in the wake of the #MeToo movement and the resignation of Wynn Resorts CEO Steve Wynn, amidst allegations of sexual misconduct earlier this year, Yahoo states. 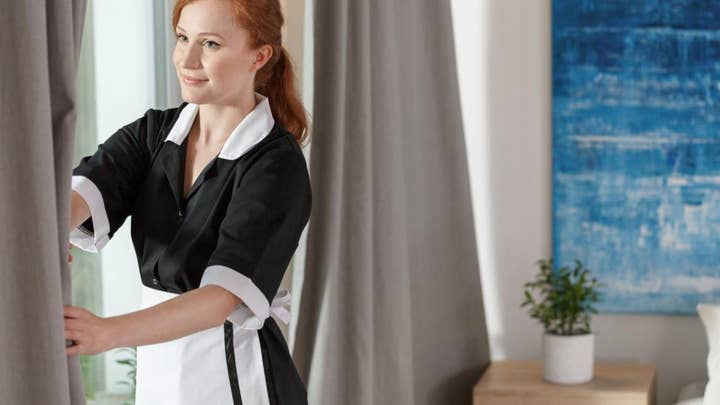 The news marks the second time that the distribution of panic buttons for hotel workers has made headlines this week. Days ago, the city of Chicago passed an ordinance requiring hotels to provide panic buttons for housekeeping staff and others who work alone in guest rooms to report sexual harassment and other crimes.